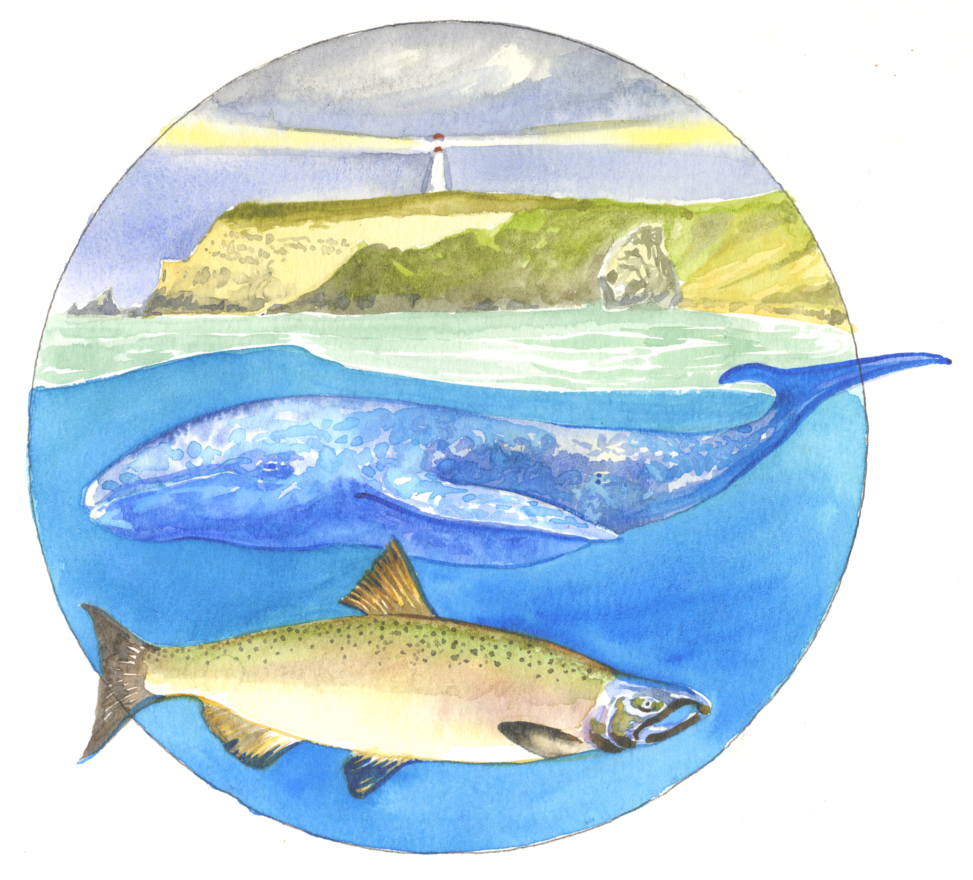 Cape Blanco is the most southern of Oregon’s lighthouses, and is the westernmost point in Oregon. Proposed in 1864, it was the first lighthouse in the state outfitted with a first-order Fresnel lens in 1870. The first-order lens was replaced with a second-order lens in 1936. — Source: Oregon State Parks. 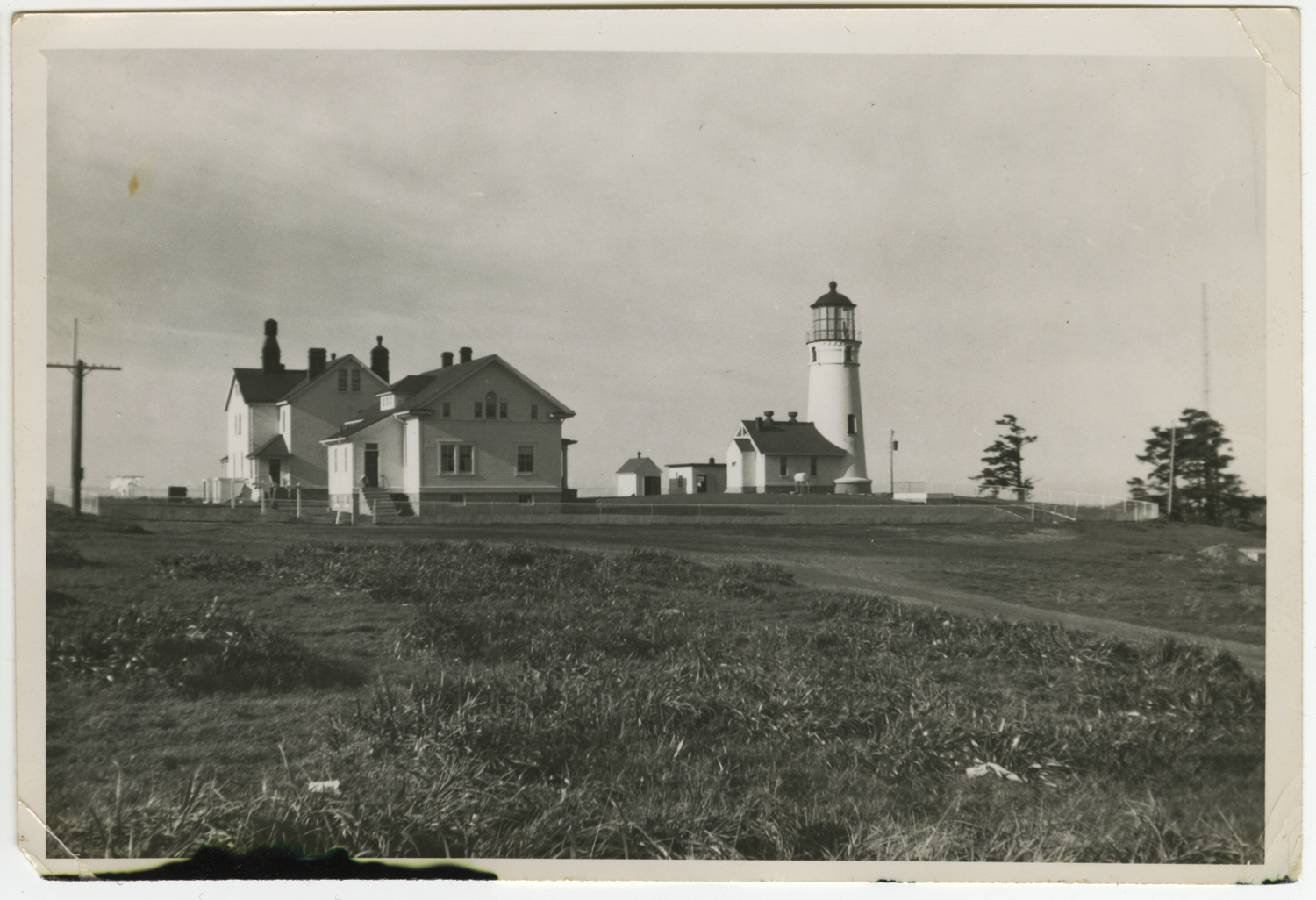 This isolated lighthouse holds at least four Oregon records: it is the oldest continually operating light, the most westerly, it has the highest focal plane above the sea, (256 feet), and Oregon’s first woman keeper, Mabel E. Bretherton signed on in March 1903. — Source: City of Port Orford. 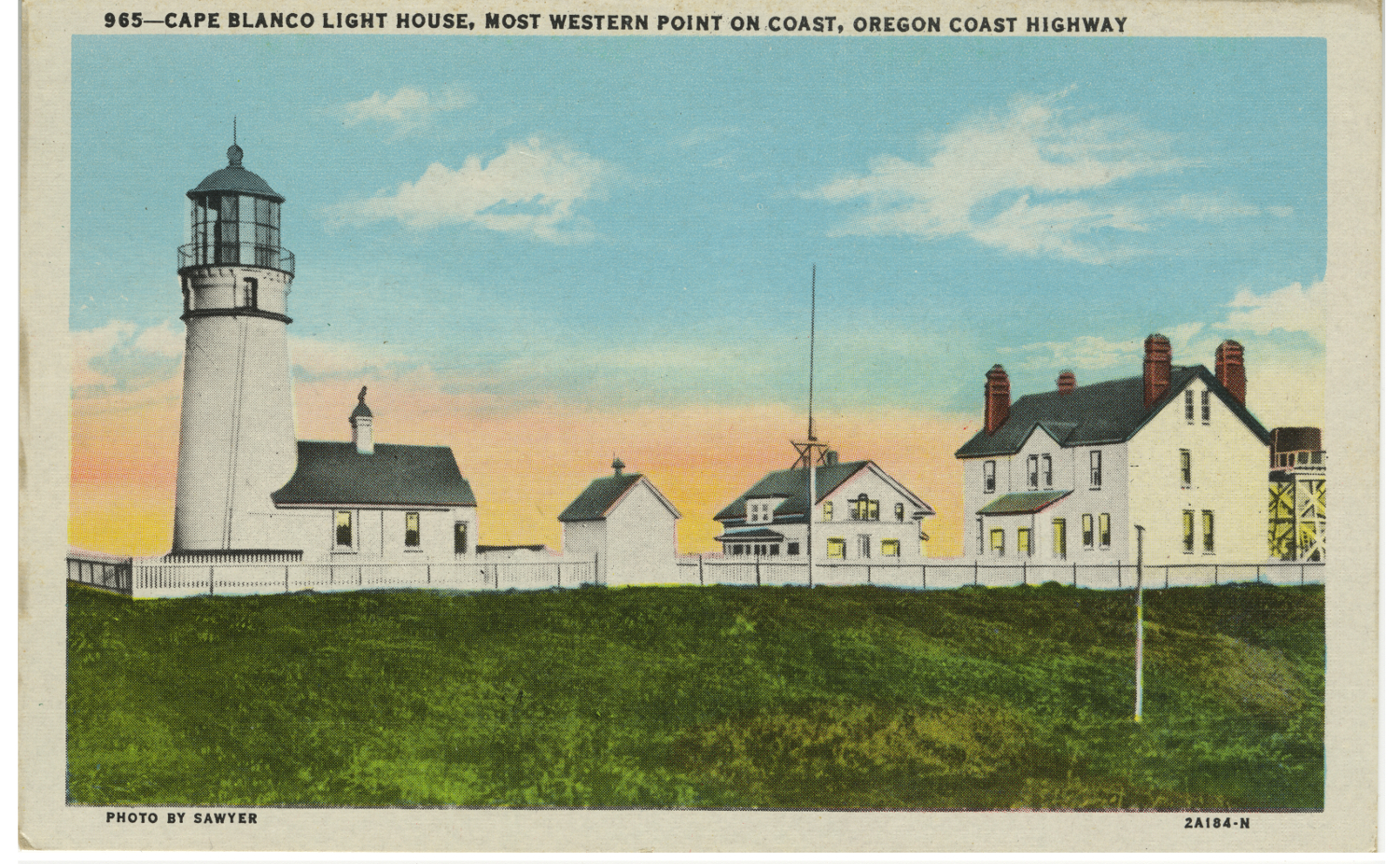 This handtinted photograph features a view of the south face of Cape Blanco. What is most notable about this image is the absence of the Cape Blanco Lighthouse which was constructed in 1867 and first lit in 1870, making this a very interesting addition to the Port Orford Historical Photos collection indeed!

The featured image at the top of this page is a watercolor study of an early design by artist Darren Evans initially commissioned for the Port Orford City Council Chambers. In the foreground, it features a gray whale and a coho salmon which are native to the area. Needle Rock is the sea stack visible right in front of Cape Blanco.