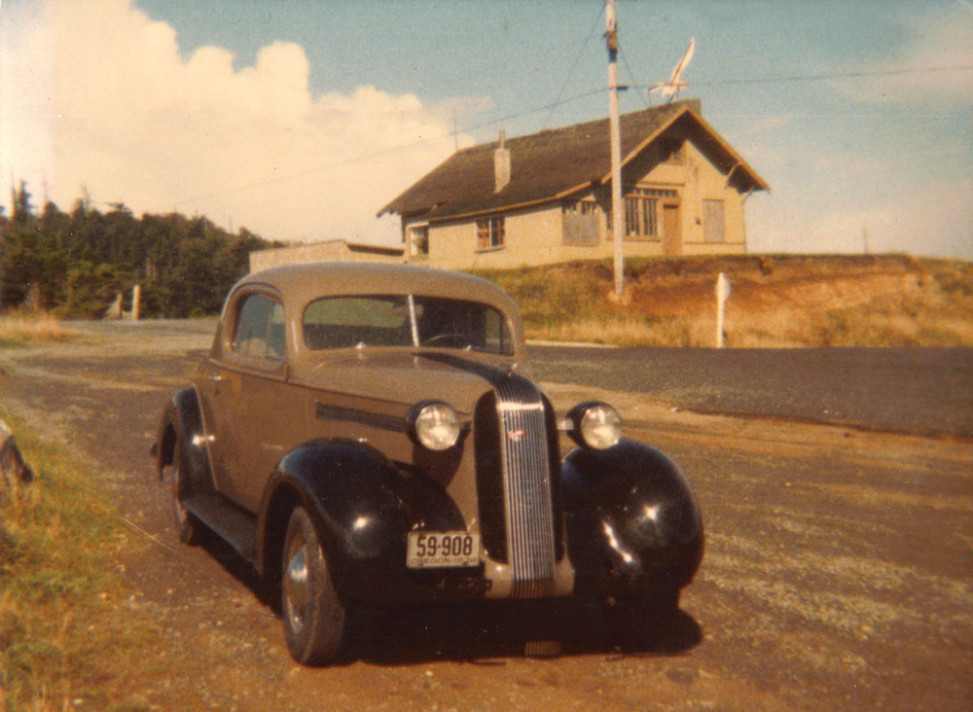 The first time I saw a photo of my house/gallery building was at Patrick Masterson’s photo shop (Patrick Masterson has a great historical book on Port Orford available here). His shop was in the building where Joyce Spicer has her basket studio, Laughing Baskets Studio. My house was built in the 1890’s by P.J. Lindberg for Nels and Mary Nielsen. It has had two fires, once in the very early 30’s and one later circa early 60’s when the Bernal Forty family owned it. 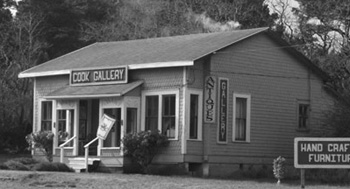 I am trying to date this Hazeltine Bros. photo [The eldest Hazeltine Brother, George, died in 1902 or 3. Martin died in 1918]. I think it was also a postcard. Pat showed me a larger blowup. I can’t believe the great clarity. It doesn’t have the Forty House.  It does have the Marsh House up above, overlooking the port. 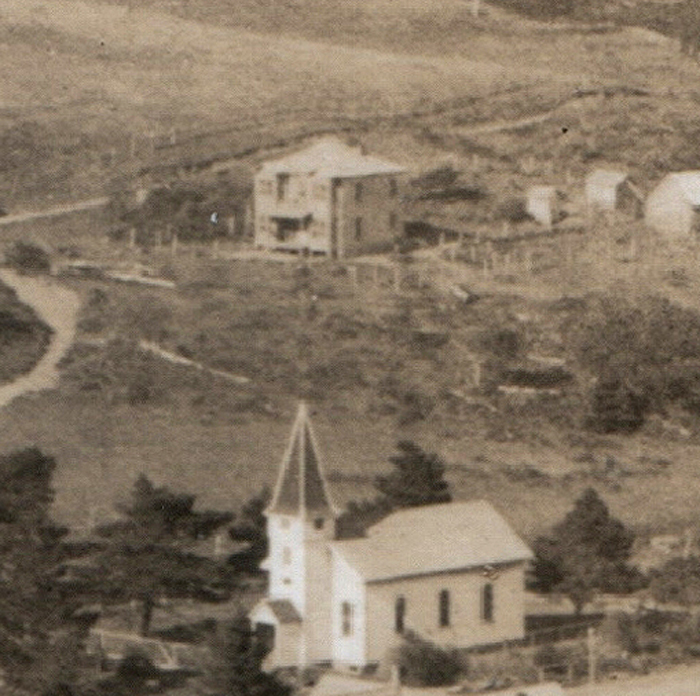 Below is a photo I took in 1978 with my ’36 Pontiac. My brother inlaw lived in [the Marsh House] for a short while. 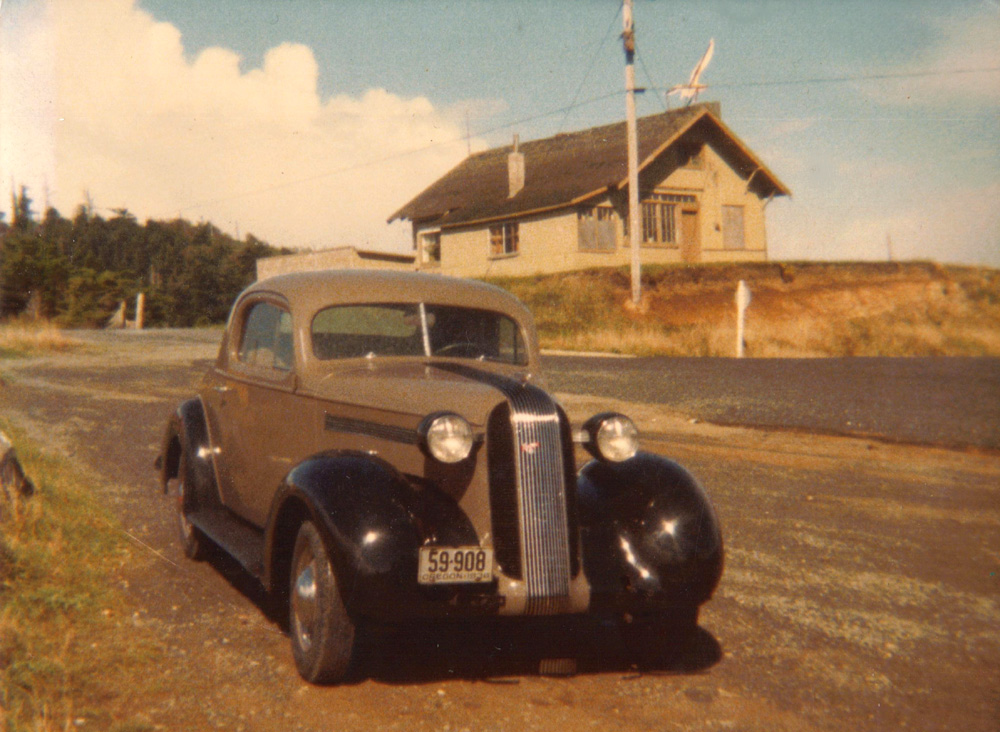 Rick’s Pontiac at the Marsh House

Some call [the Marsh House] the Blain Marsh House. I believe it was built 1912/1913 It was built in the Craftsman Bungalow style. Myrtle McGill Forty stated her father built the Marsh House at the North end of town, where the RV park is today. Douglas McGill built that house in 1916 for Ames Johnston. 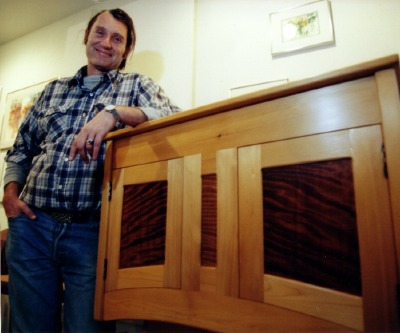