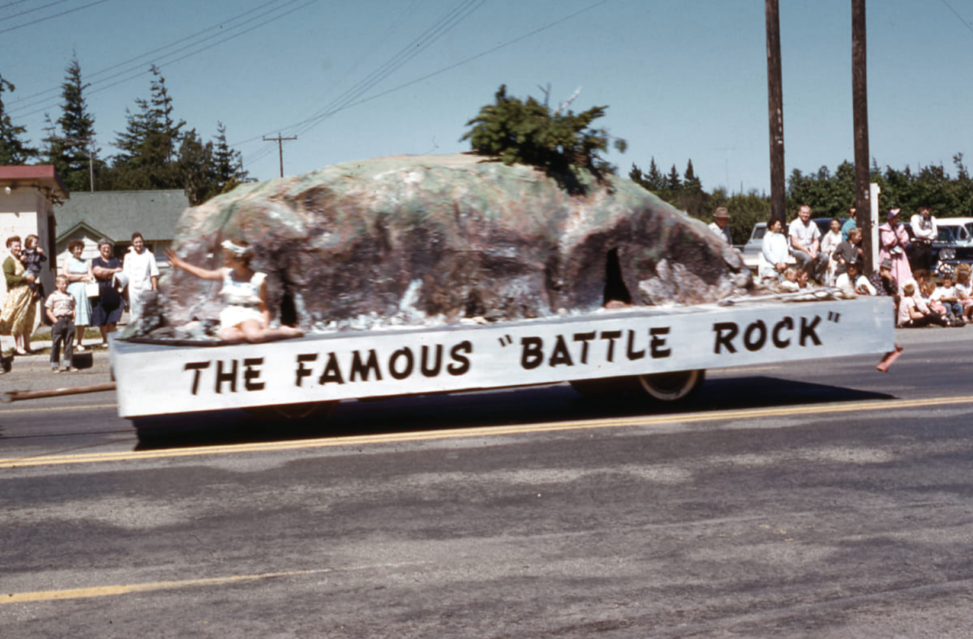 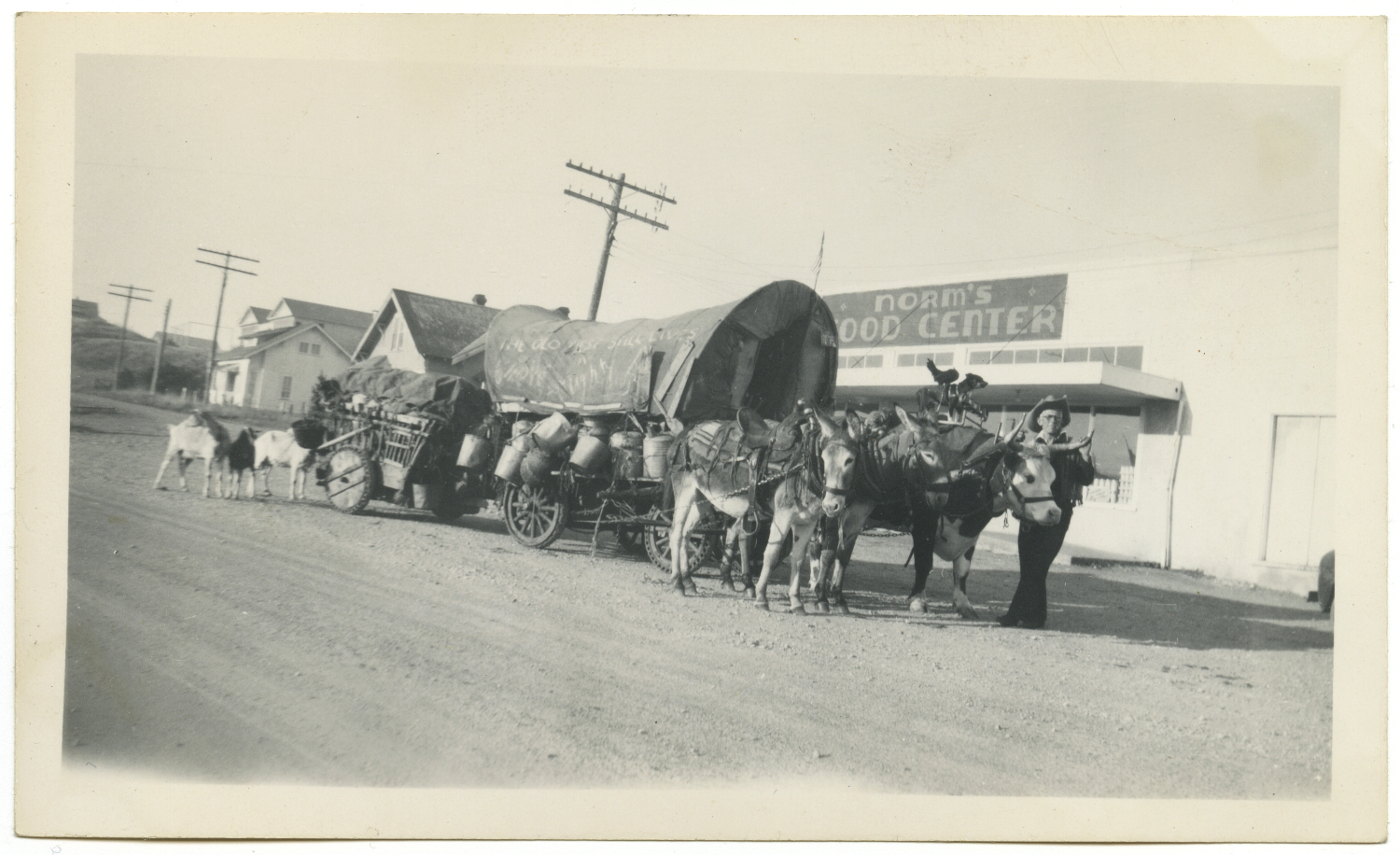 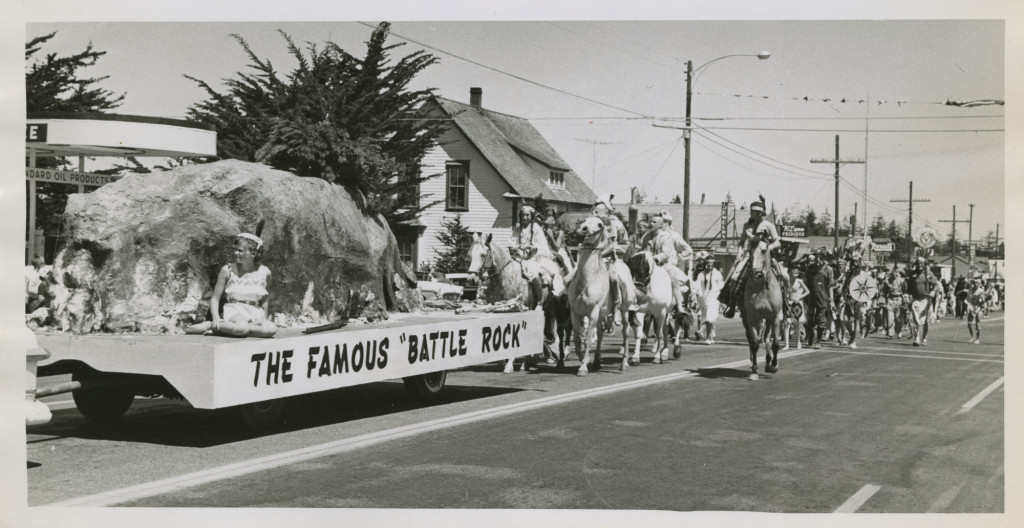 A float during the 1959 Port Orford Jubilee celebrating the famous Battle Rock. In the past, The battle of “Battle Rock” was reenacted each 4th of July as part of the Port Orford’s Jubilee Celebration. It is no longer the practice today.(Photo: David Falconer) 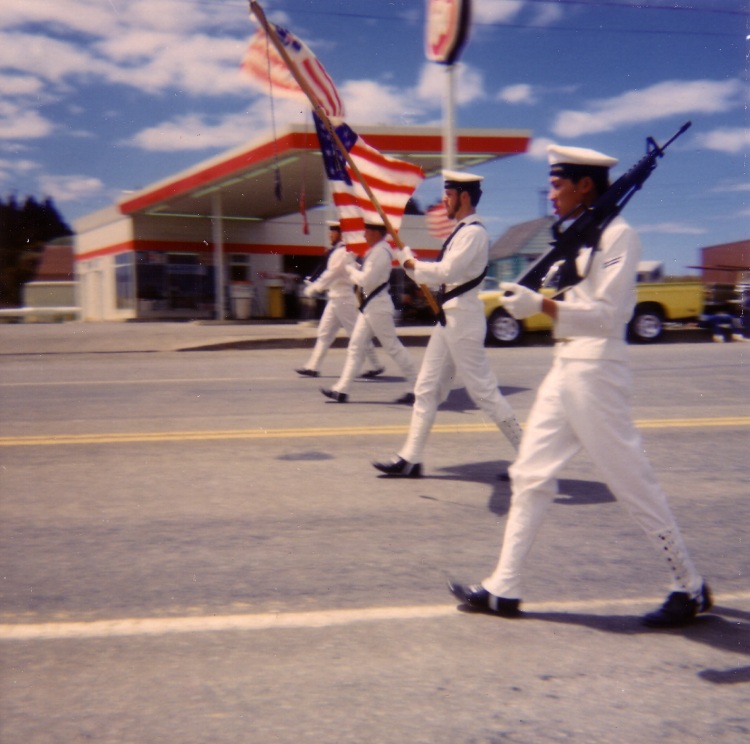 Additional photos in the archive —