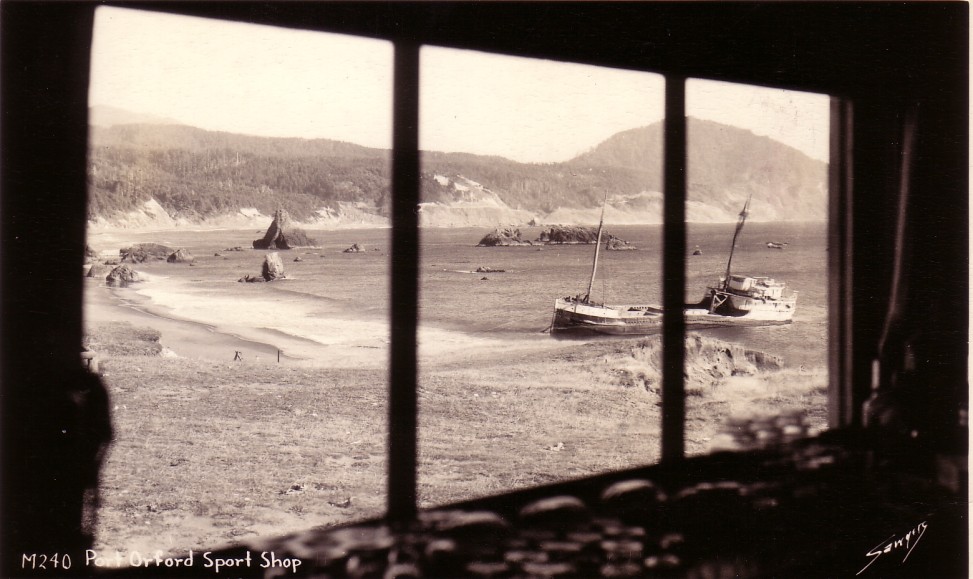 Many of the most scenic postcards of the area were produced by Sawyer’s Studio in Portland:

Carlton Sawyer established a studio in Portland in 1911 where he produced his famous “Sawyer’s Scenic Photos” until 1917. In 1918, brothers Fred and Ed Mayer bought part of Sawyer’s. In 1926, Harold Graves joined Sawyer’s and was responsible for Sawyer’s producing photographic postcards and album sets as souvenirs. Later, photographic greeting-cards were added to the product line and sold to major department stores.

In 1939, Graves formed a partnership with Wilhelm Gruber who invented the View-Master which was introduced at the 1939 World’s Fair. During the 1940’s and 50’s, the company mainly produced reels of various national parks and scenic attractions across the country.

A sampling of Sawyer’s Postcards appears below. You can read more about the Sawyer Studio and postcard history in general here and more about the Graves/Gruber partnership here. 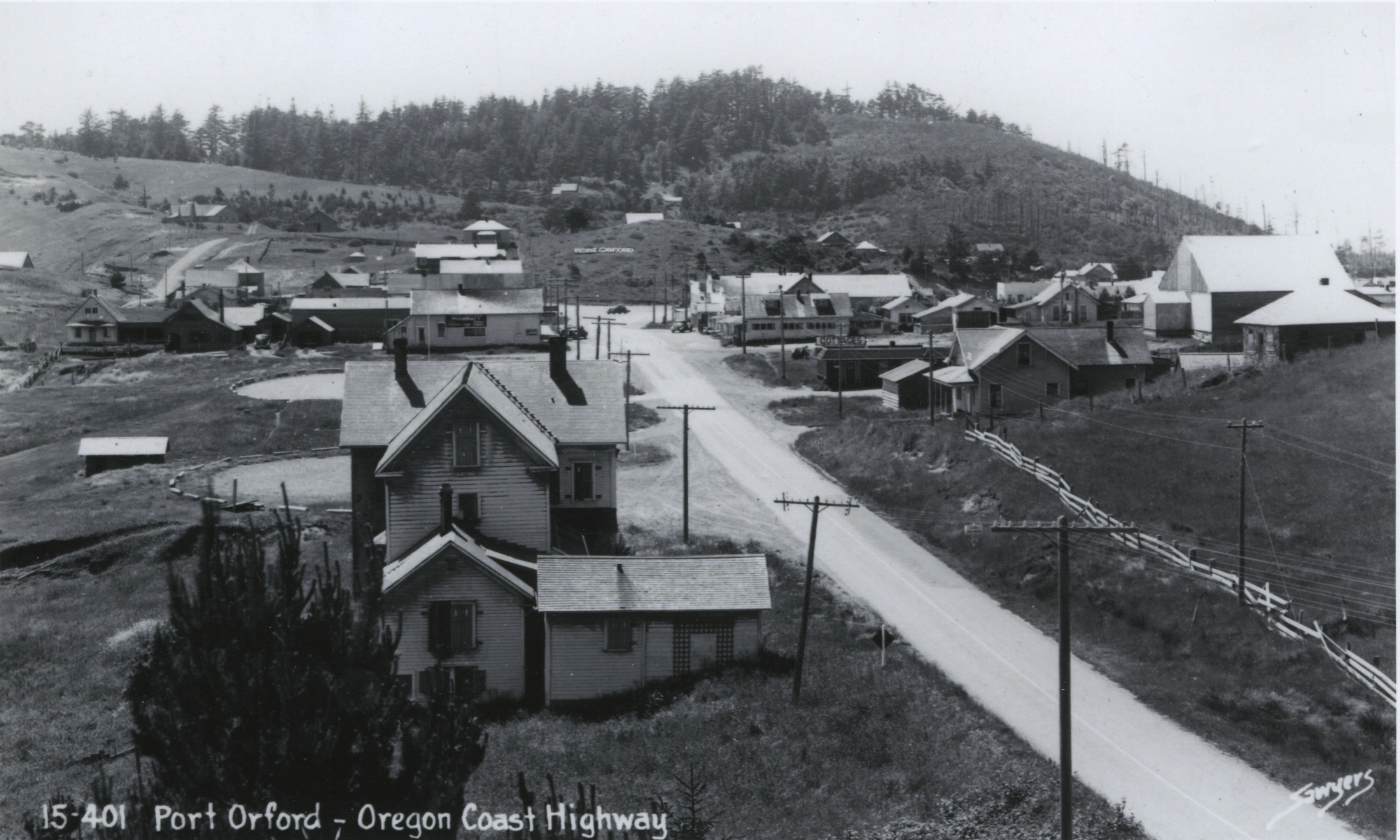 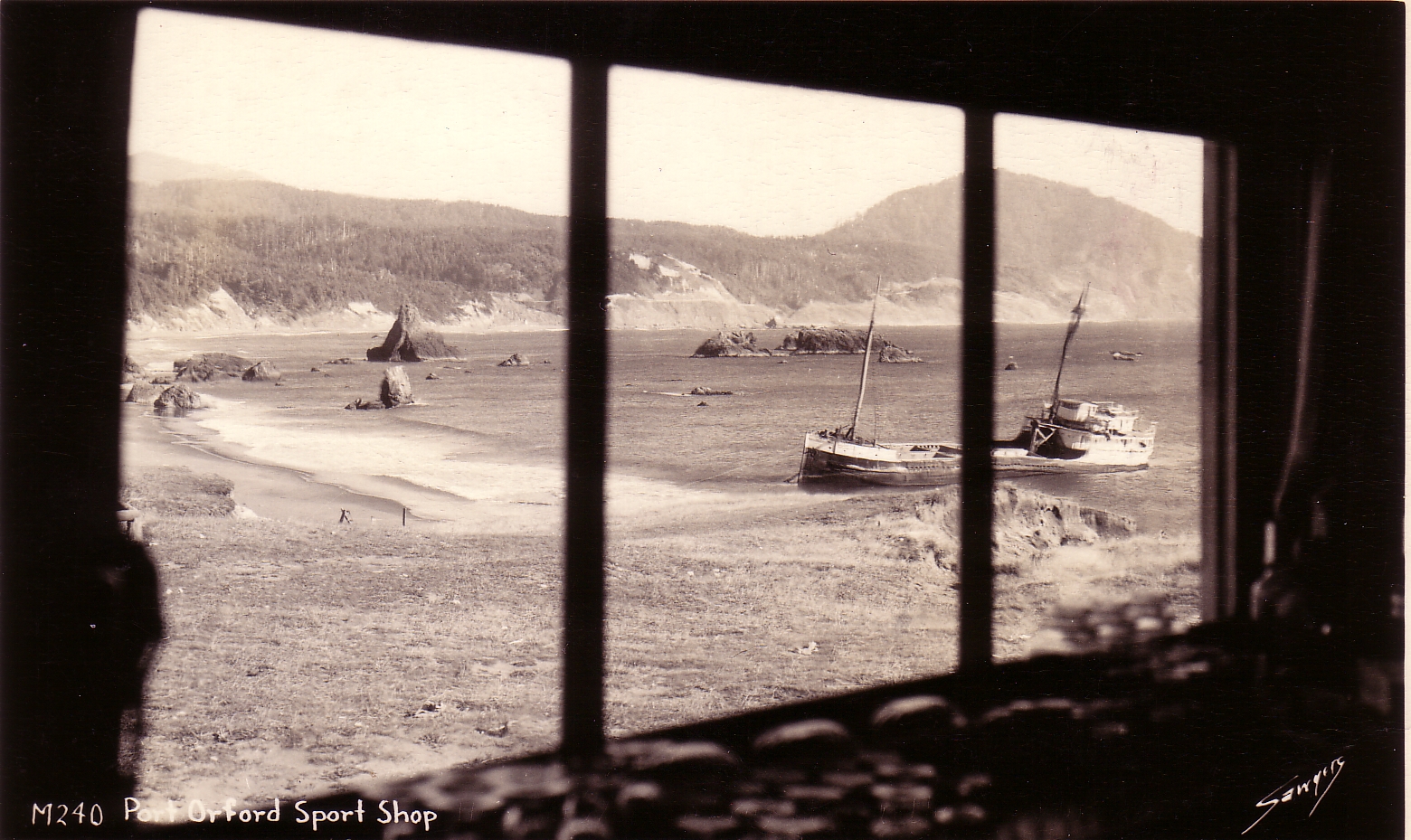 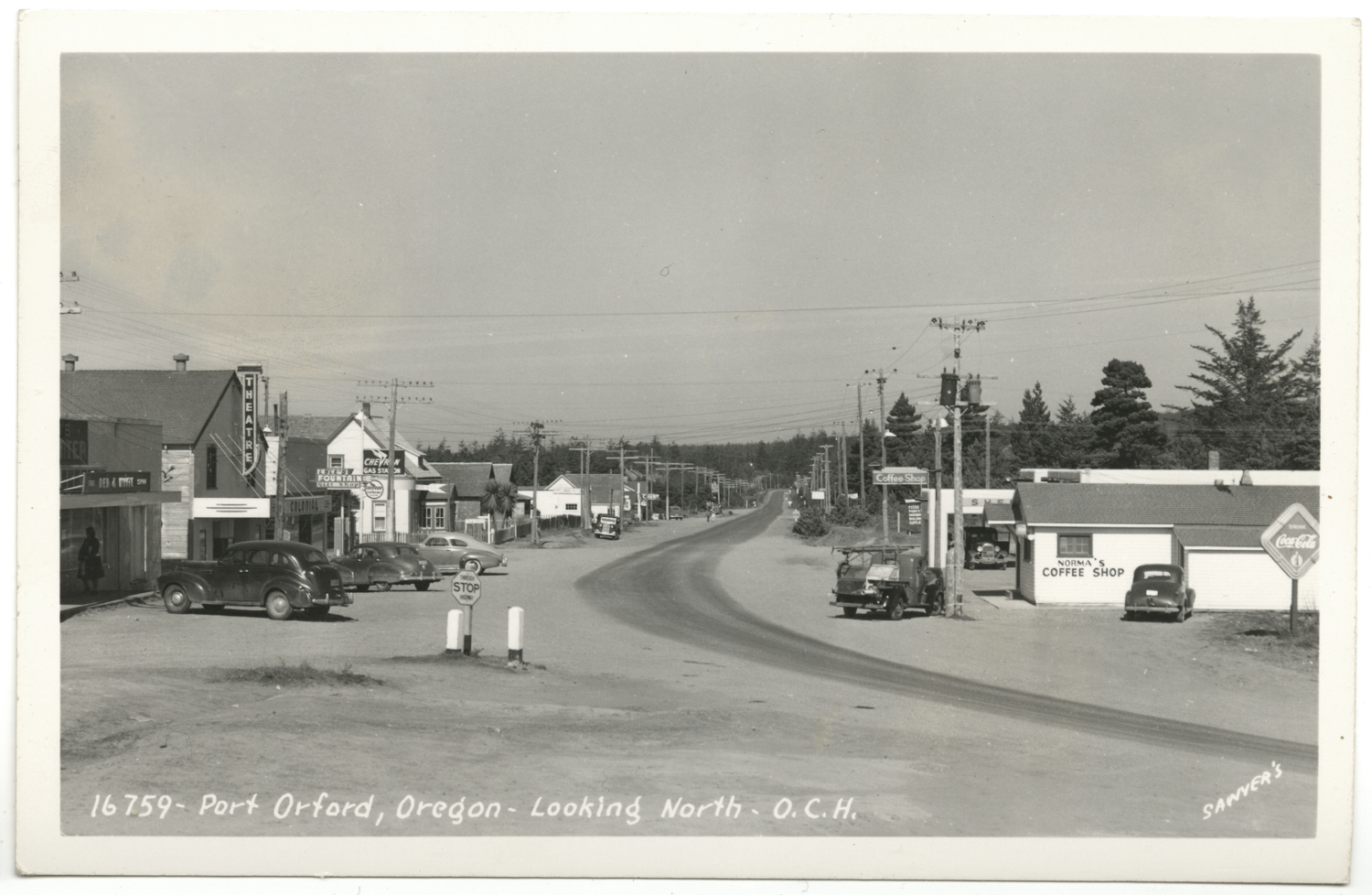 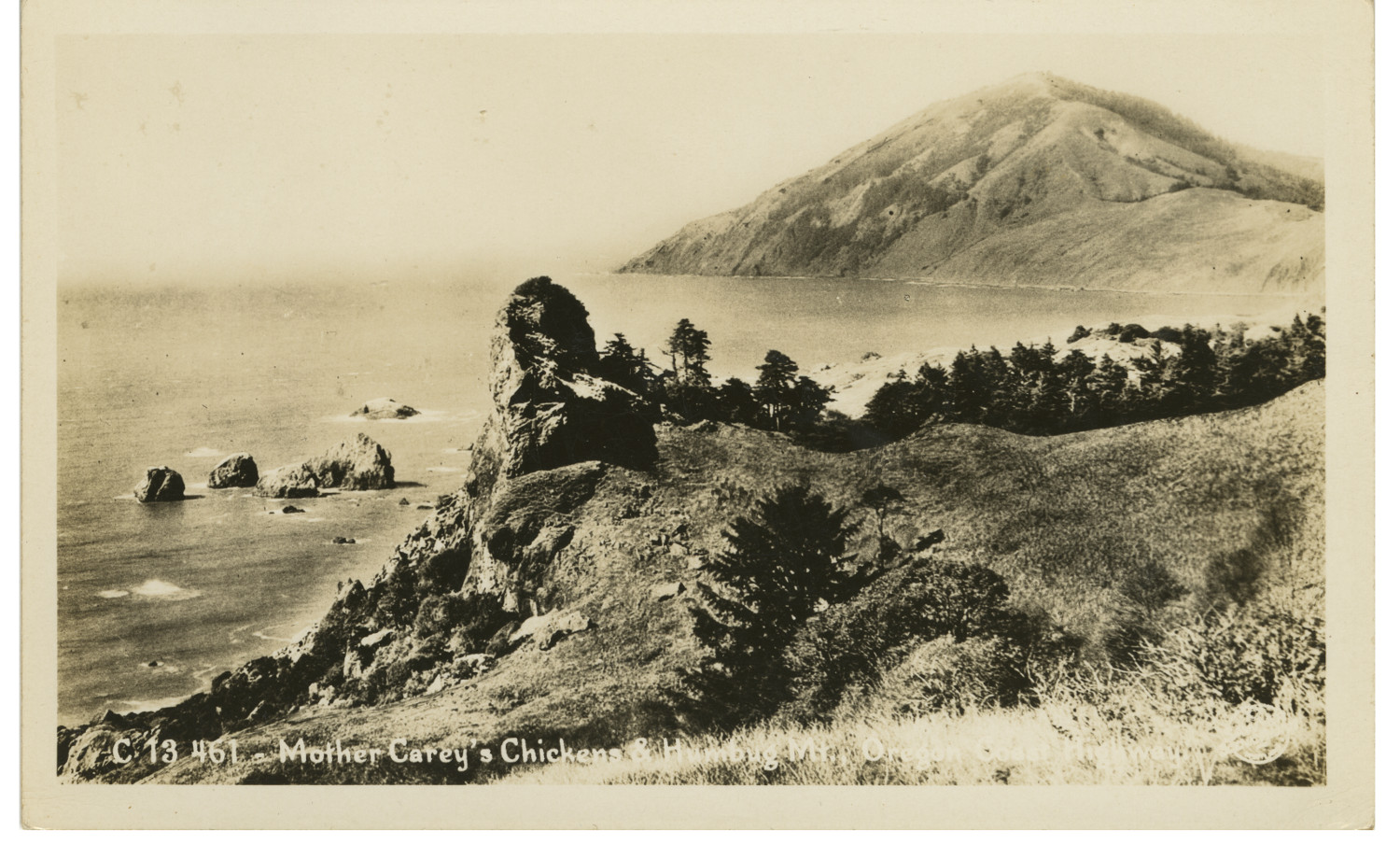 ABOVE: The lesser known rock formation in the foreground, “Mother Carey’s Chickens,” has a fascinating backstory to the possible origin of the name at The Biodiversity Library. The much more famous Humbug Mountain in the background was originally known as “Sugarloaf Mountain” —

The original land purchase from Carl White in 1926 was 30.6 acres near the mouth of Brush Creek. Sixteen other tracts were purchased between 1930 and 1975. Initial development of Humbug Mountain commenced in 1934 using Civilian Conservation Corps forces. In 1952, overnight camping was developed to offer visitors opportunity for an extended stay. Once known as Sugarloaf Mountain, the name was changed to “Tichenor’s Humbug” after an exploring party sent forth from Port Orford by townsite developer Captain William Tichenor in 1851 mistakenly went south instead of north, toward the mountain. Eventually, the name was shortened to Humbug Mountain. In 1958, a major forest fire burned much of the north side of the park. The balance of mountain timber was saved by a change of wind as onlookers watched, helpless but thankful. — Source: Oregon State Parks