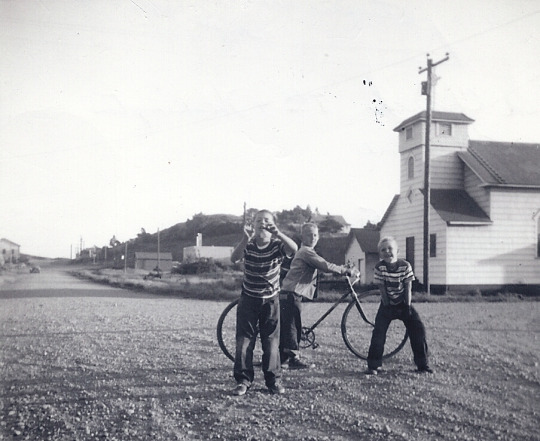 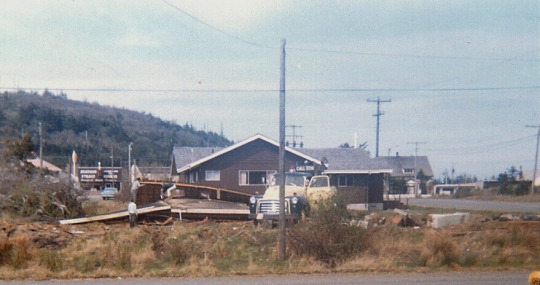 The first photograph (I’m guessing c1956) shows the original Episcopal Church on the SW corner 9th & Washington constructed by P.J. Lindberg, years before the 1962 Columbus Day Storm finished it off. The young boy with the bicycle is believed to be Nick Hensley. The date – c1965.

The steeple shows up in the second c1900 photo…

And the third photograph is a c1970 photo showing the current Episcopal Church as the volunteer firemen remove the remains of a shack that had burned.