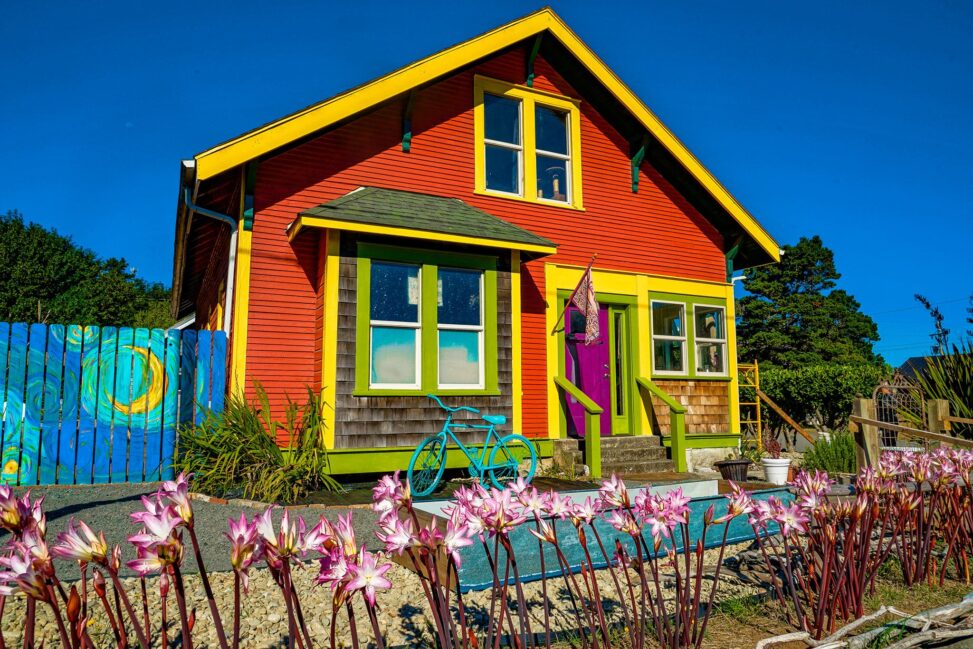 The historic Forty House at the SW corner of U.S. Highway 101 and 8th Street at the south end of Port Orford in Oregon’s Curry County is being transformed into a colorful attraction by artist Kathee Woods with help from Steven Dahl. 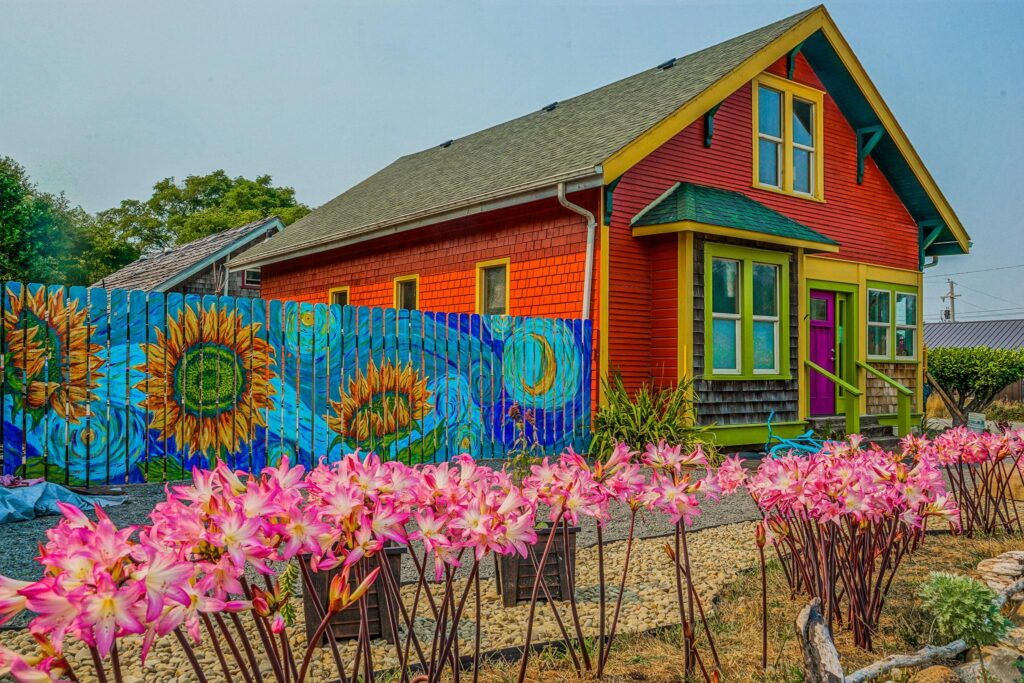 The Forty House in 2020. Photography by Lance Nix. 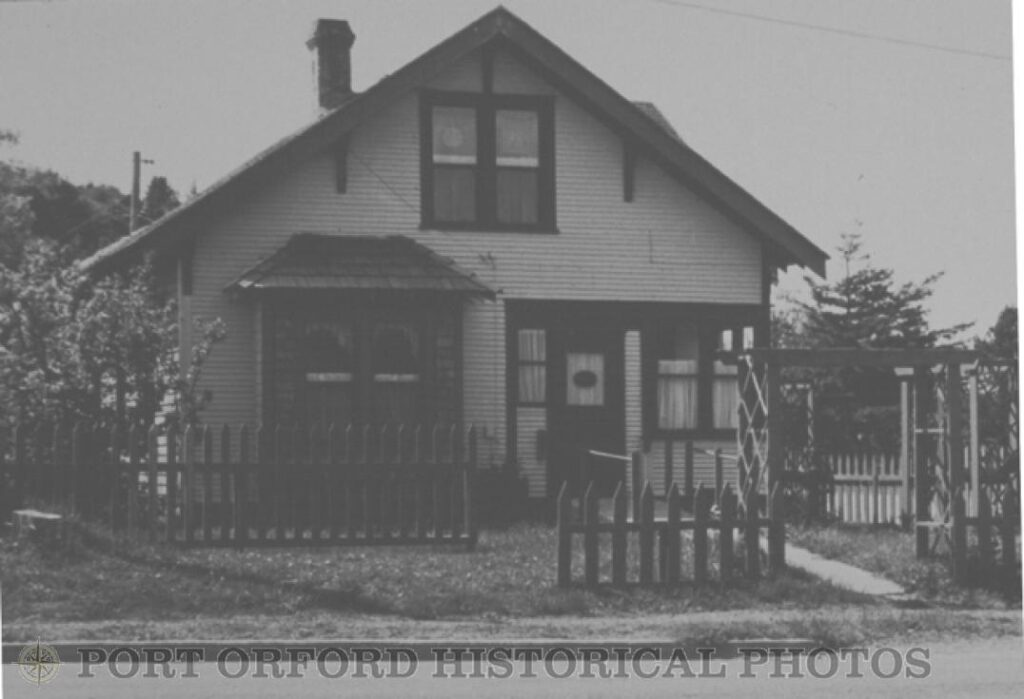 The Forty House in 1980. Photographer Unknown.

Myrtle and Bob were married in 1915 at the home of Bob’s parents, George and Maude Paskins Forty. They lived at a couple locations till they rented a house on Oregon Street, today known as the Cook Gallery. Bob logged for Dave Crowley, trading labor for the lumber to be used to construct the new house on the corner of Oregon and 8th. Myrtle’s father Douglas McGill was an excellent carpenter. With the help of Bob, Mr. McGill built the Forty house in the late Teens. By early 1920, Myrtle and Bob were living in their new home.
Douglas McGill also built several houses in Port Orford including George and Maude’s home across from Battle Rock Park. Myrtle’s brother Walter also was a good carpenter. Douglas and Walter built the stands, stages and platforms for the 4th of July Celebration and Agate Festival at Agate Beach (Tseriadun) park.
Robert passed in 1970 and Myrtle in 1991. After Myrtle moved to her daughter Dottie’s place on Elk river in 1980, the Forty House had several identities. In the early 80’s, it was known as the popular Madelaine’s Restaurant. Later Barry’s Antique store. For many years, the house served as Gwendolyn’s and the Joan of Arc vacation rental until the recent purchase by Kathee Woods and Steve Dahl.