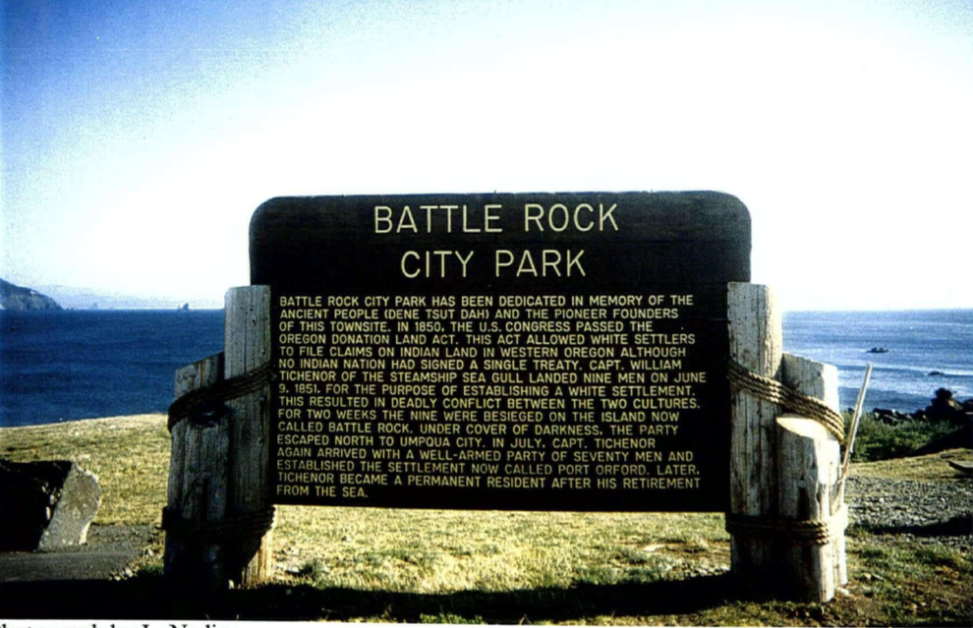 Righting history doesn’t happen overnight. The sign commemorating Battle Rock City Park was eventually changed through the tireless efforts of citizens determined to preserve the memory of the ancient people who lived in the area before the first settlers. This scholarly paper by Linda Nading provides an in-depth exploration of the topic. 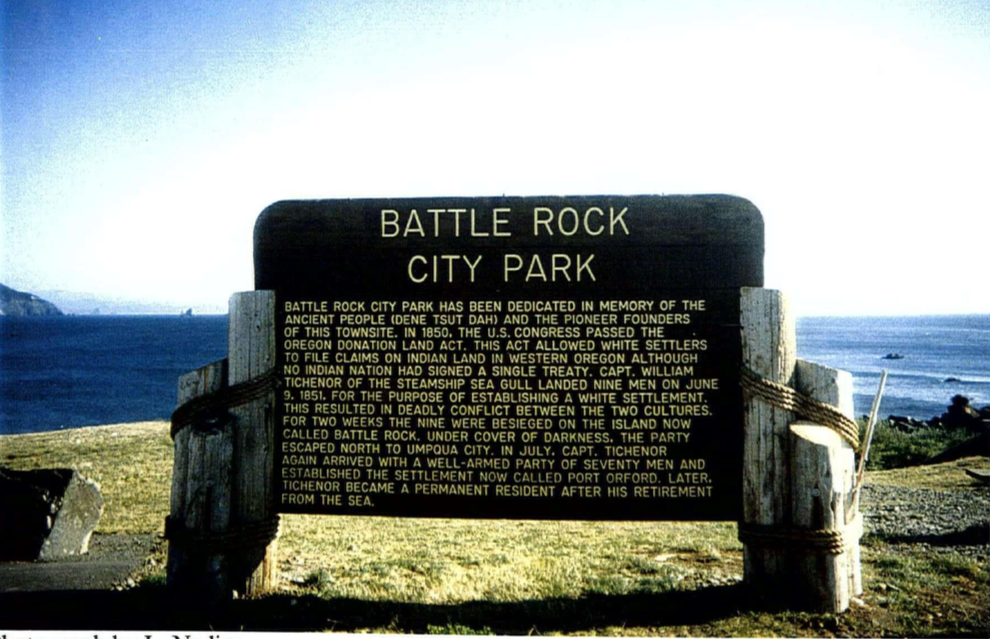 A photo of the original sign when the park was known as Battle Rock State Park, 1968. 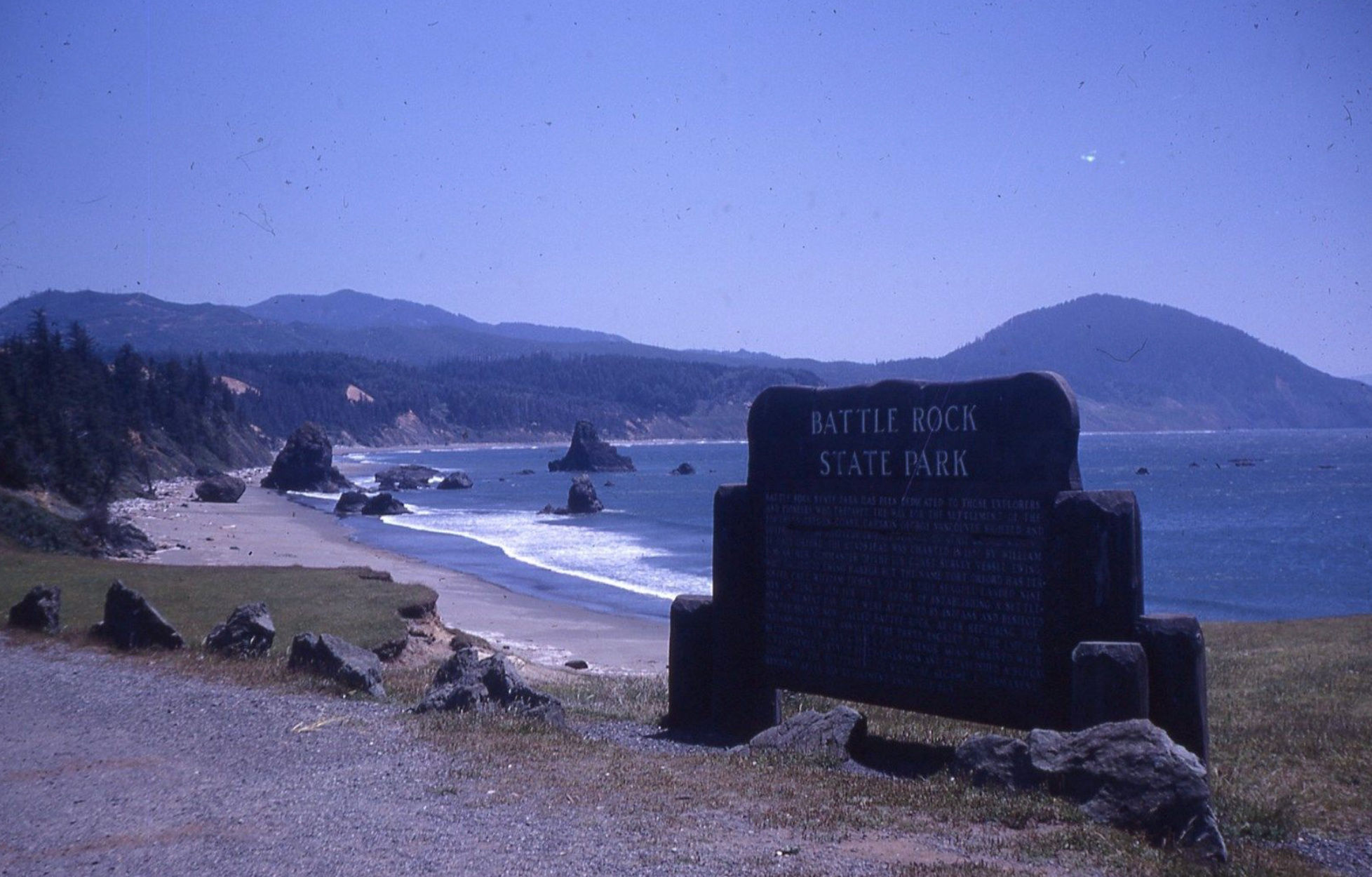 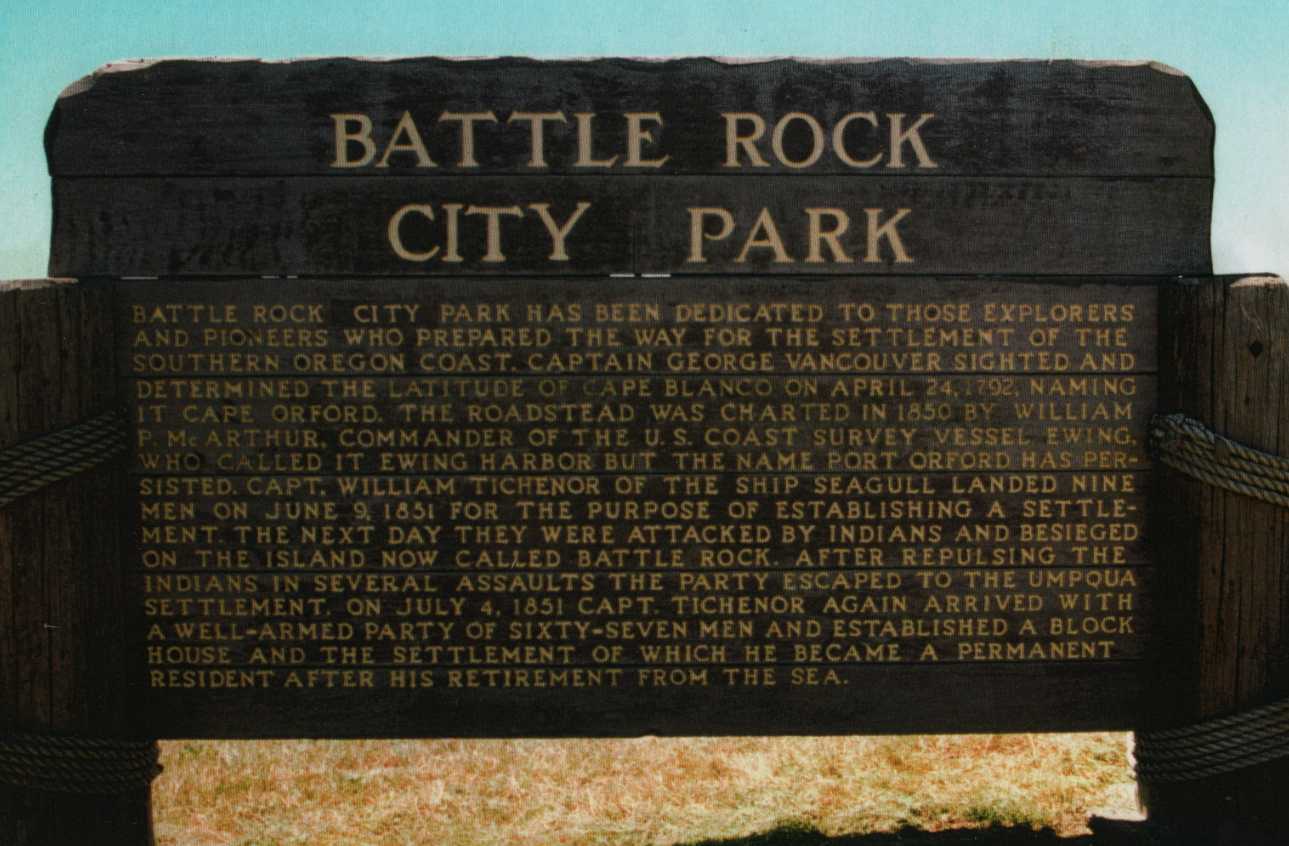 Here are two photos of the sign before and after the change – both taken during the rare event of snowfall on the coast: 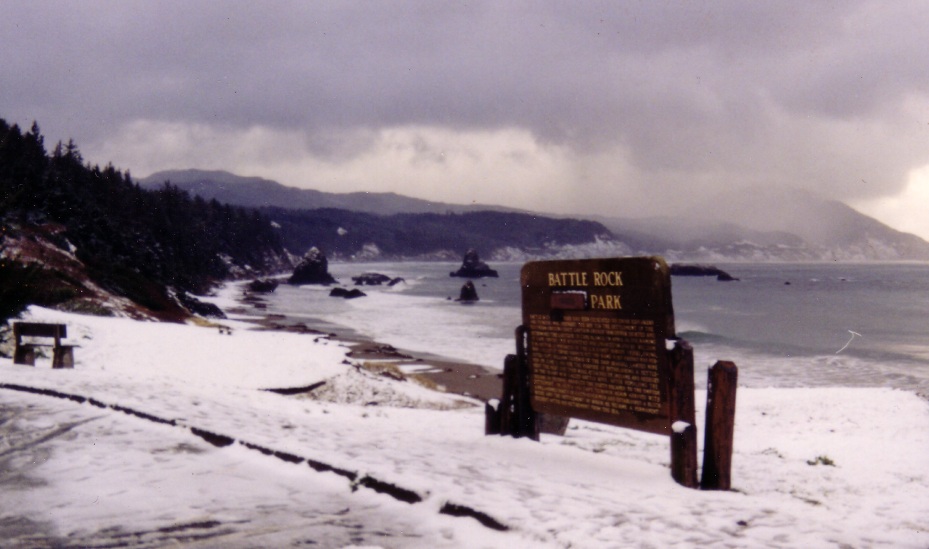 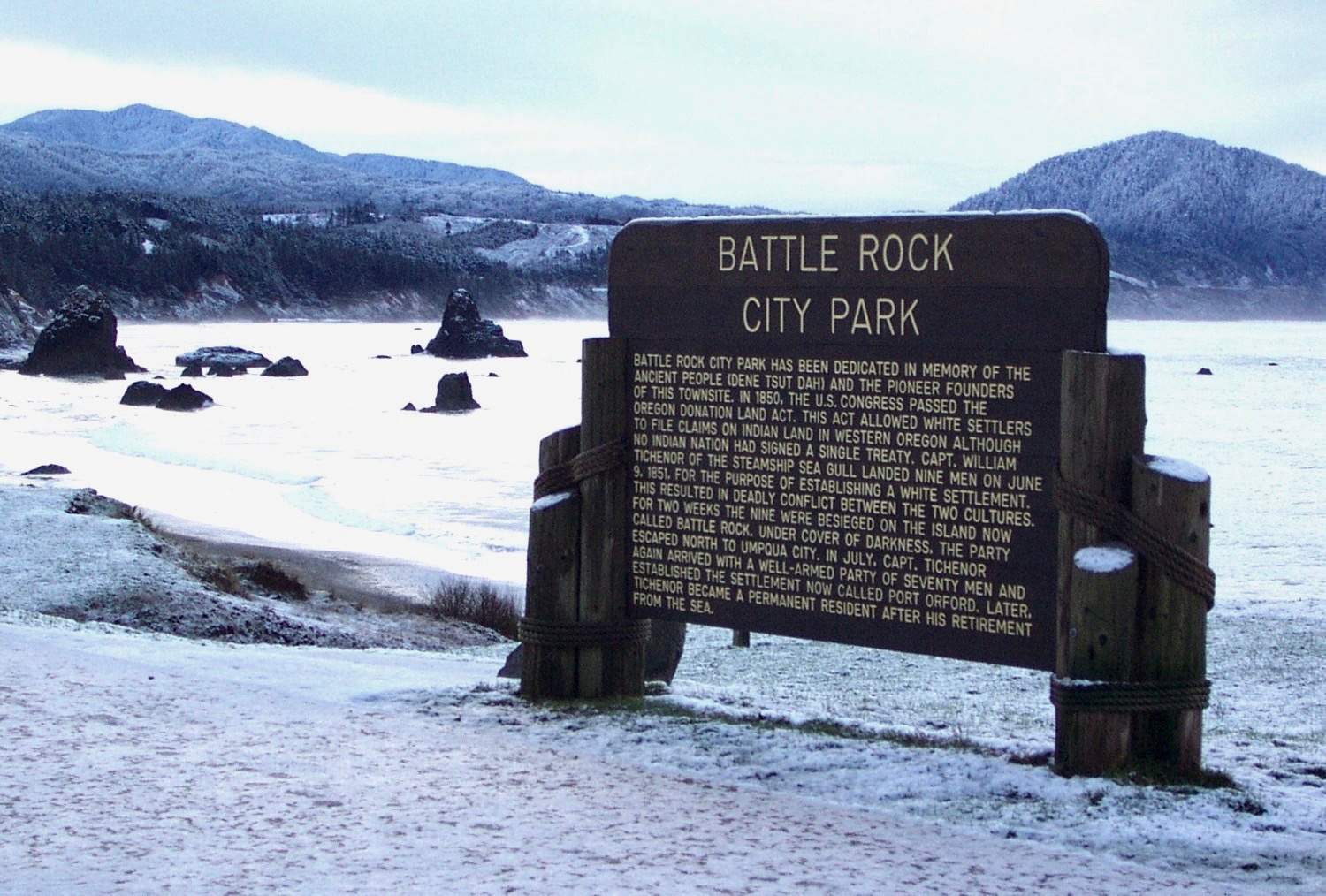