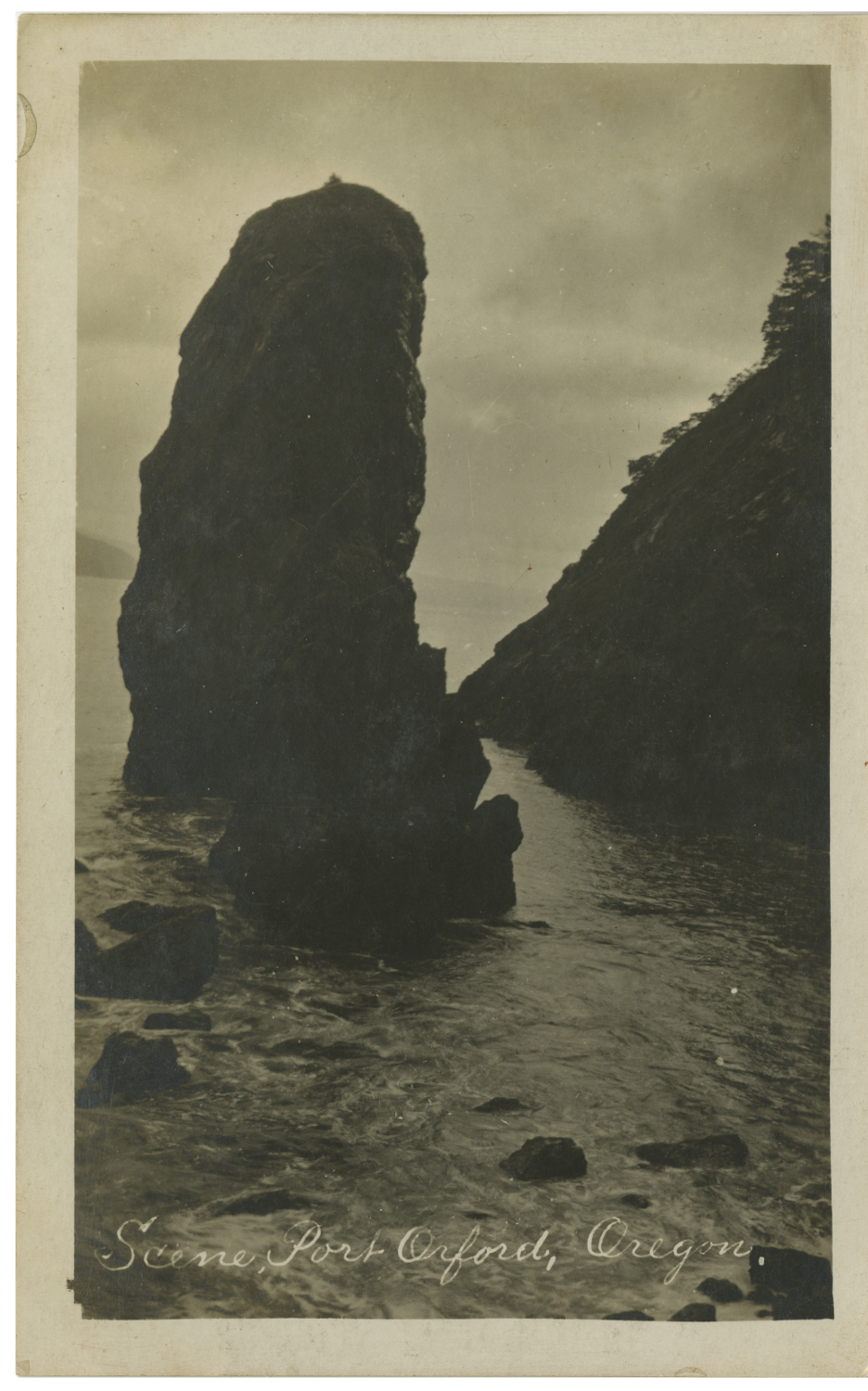 When the first European settlers came to the area in 1851 led by Captain William Tichenor, the Tututni Native Americans lived in a large village along the beach north of Humbug Mountain. 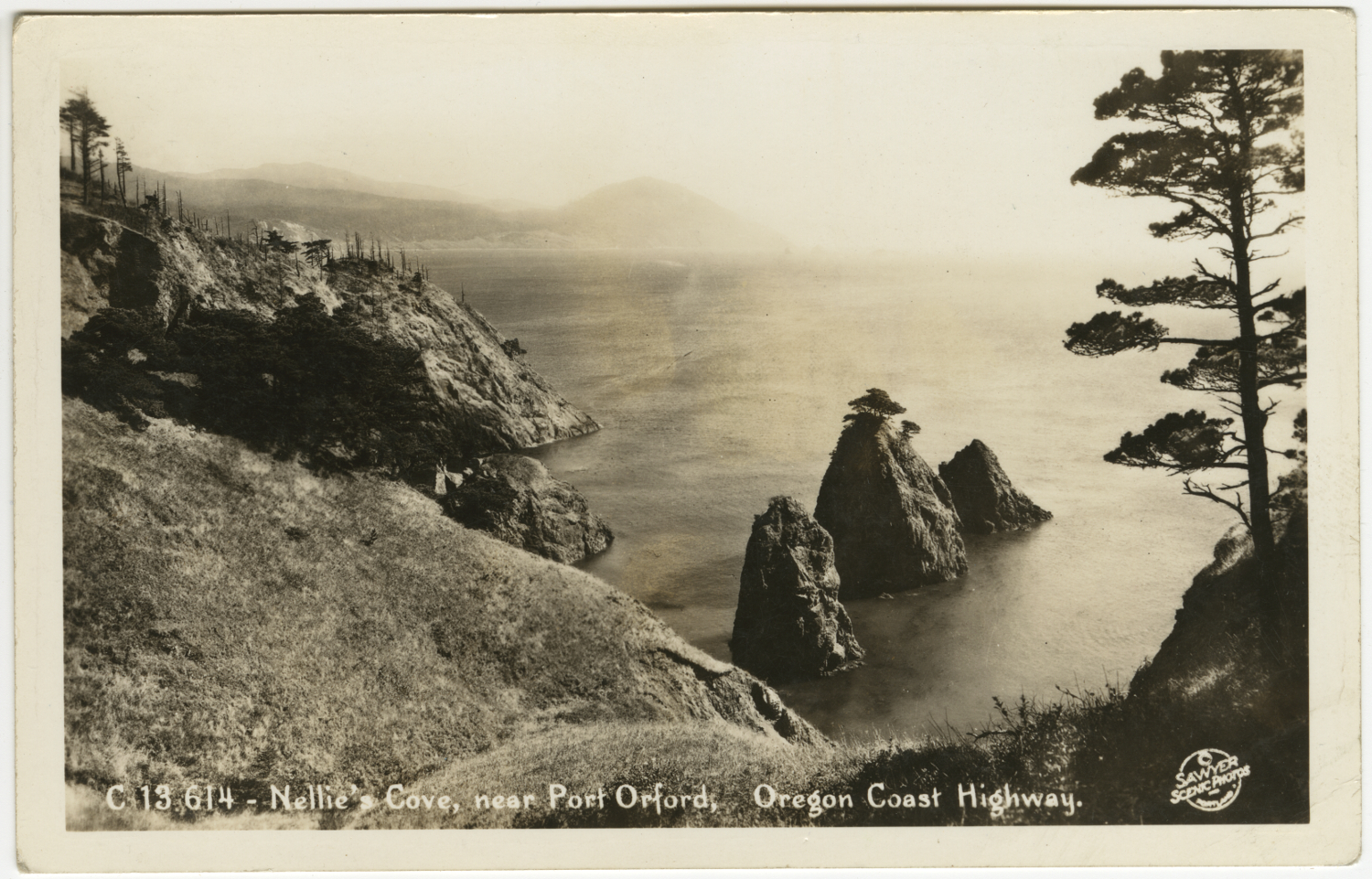 The group which Europeans call Tututni takes its name from the large village of Tututin (“People of the Water Place”) which was located inland on the Rogue River. The northern edge of traditional Tututni county was the Sixes River and the southern edge was the Pistol River. Their territory went inland on the Rogue River for about 15 miles. — Source: Native American Netroots

The first contact between Tututni tribe and Europeans came in the late 1700s when British, Spanish and American ships explored Oregon’s coastal region. In the 1840s the first wagon trains carrying immigrants started arriving overland to Oregon (Emigrant Road or Oregon Trail), but the region remained peaceful for some time until 1850 and 1851 when the first settlers began building on native land — Source: Wikipedia. 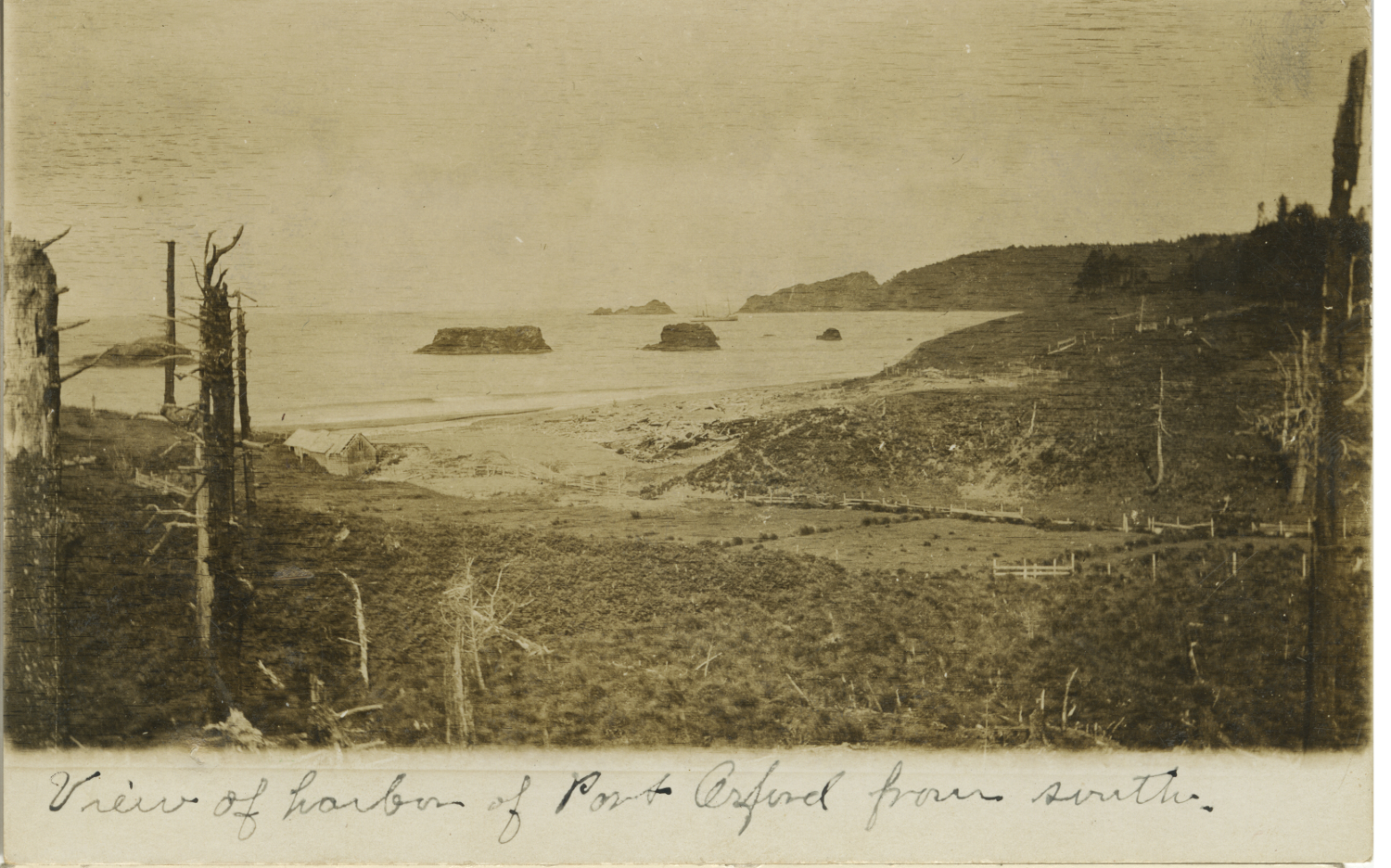 The town takes its name from George Vancouver’s original name for Cape Blanco, which he named for George, Earl of Orford, “a much respected friend.” Port Orford was formally founded in 1856. It would serve as a receiving port for mercantile and fishing. The port district was formally set up over 50 years later in 1911.

Great resources for historical photos and personal stories of the early settlers are available online: Historic Curry County in-Pictures and Stories is a public Facebook page established for this very purpose.