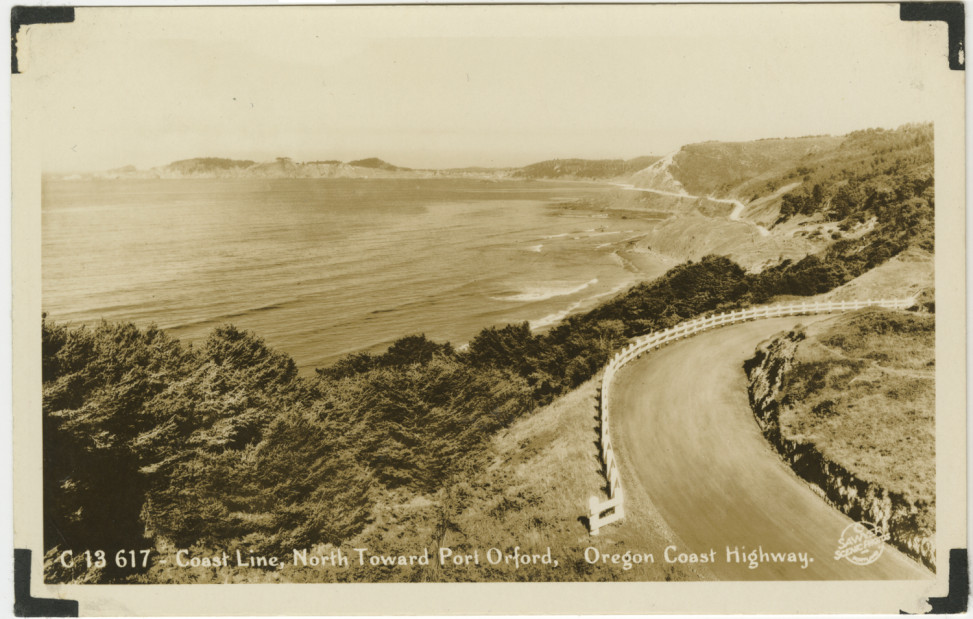 The Roosevelt Coast Military Highway, named in honor of President Theodore Roosevelt, was a result of a renewed national sense of isolationism and the perceived need for emergency preparedness following World War I. In 1919, Oregon voters approved the sale of $2.5 million in bond obligations for the project, but matching federal funds failed to materialize. 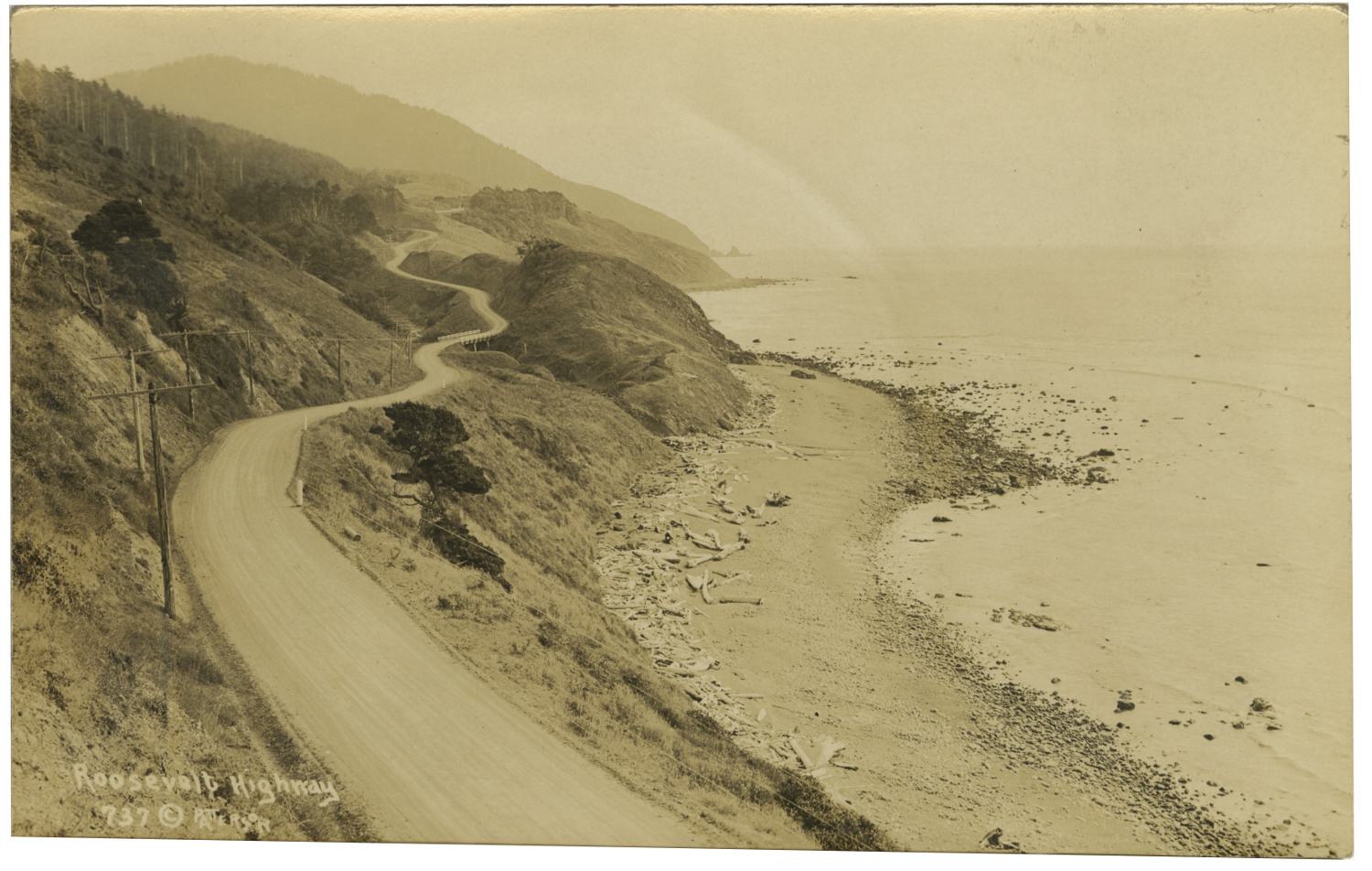 By the early 1920s, however, a pleasure-seeking public asked for coastal highway construction. Work on the new coast road, designed by the state’s highway department, began in earnest in 1921. Throughout the 1920s, crews graded and paved section after section of the 400-mile route. In 1926, the road became U.S. 101; in 1931, the state renamed it the Oregon Coast Highway. — Source: The Oregon Encyclopedia. 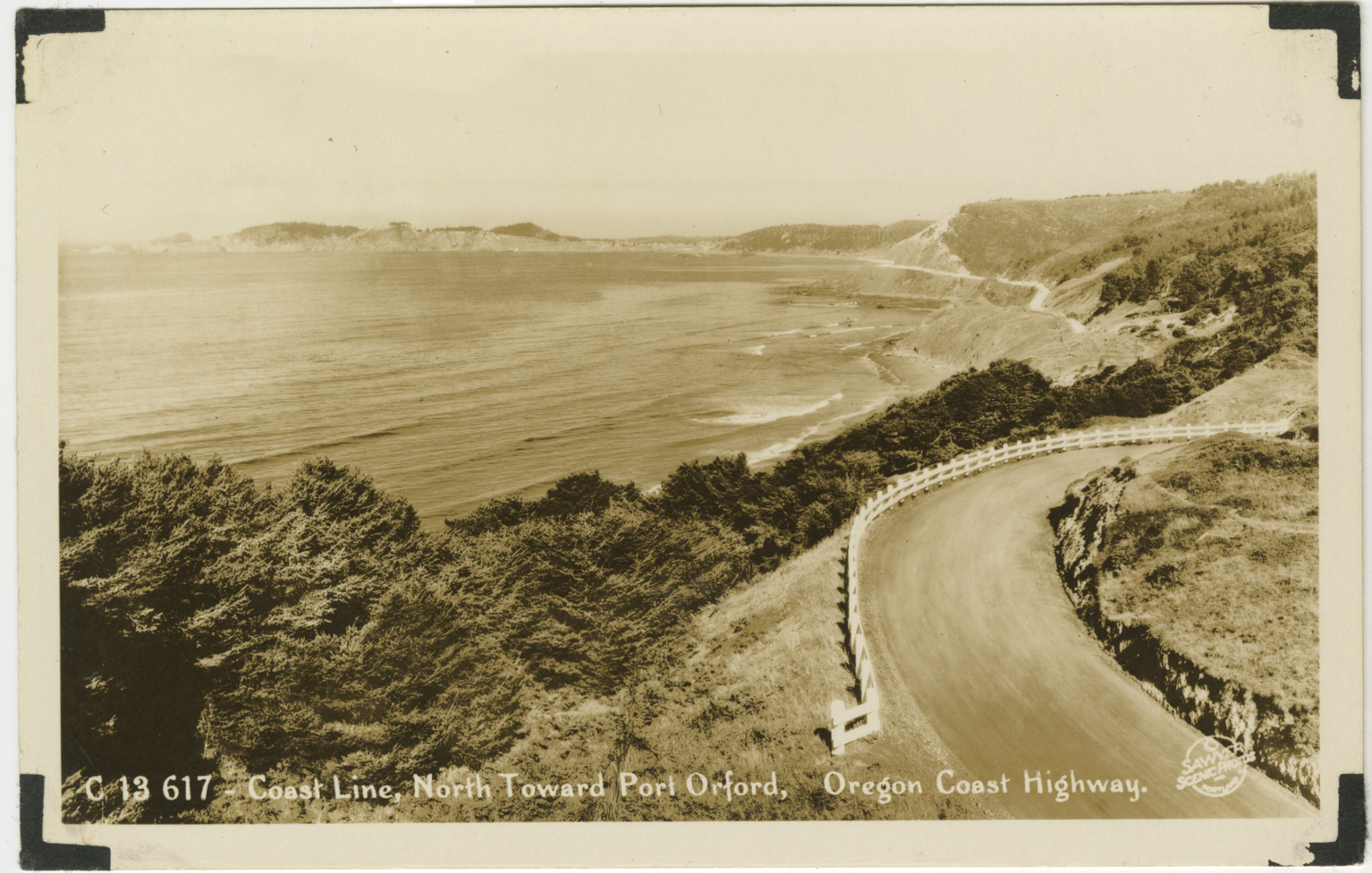 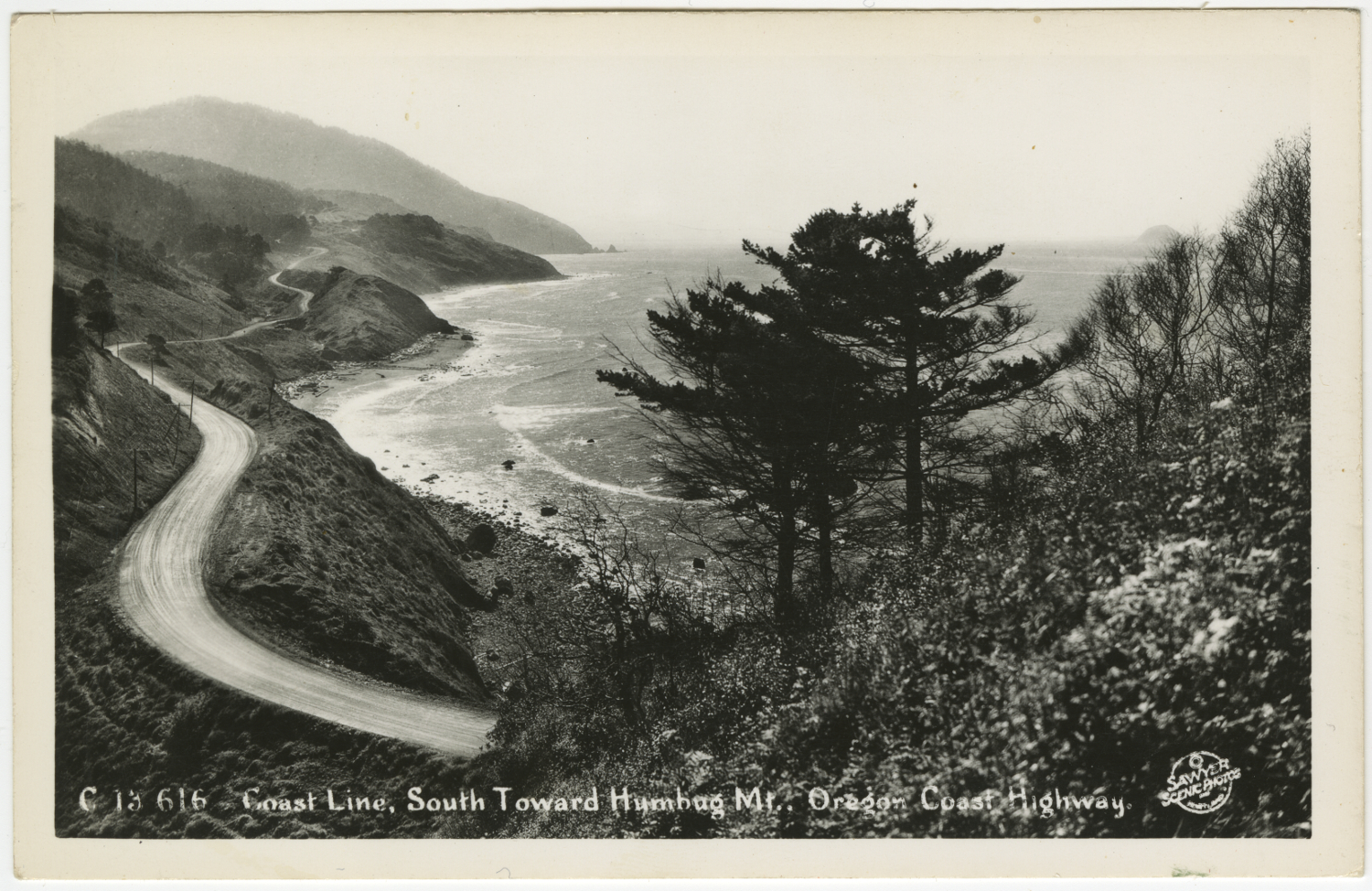 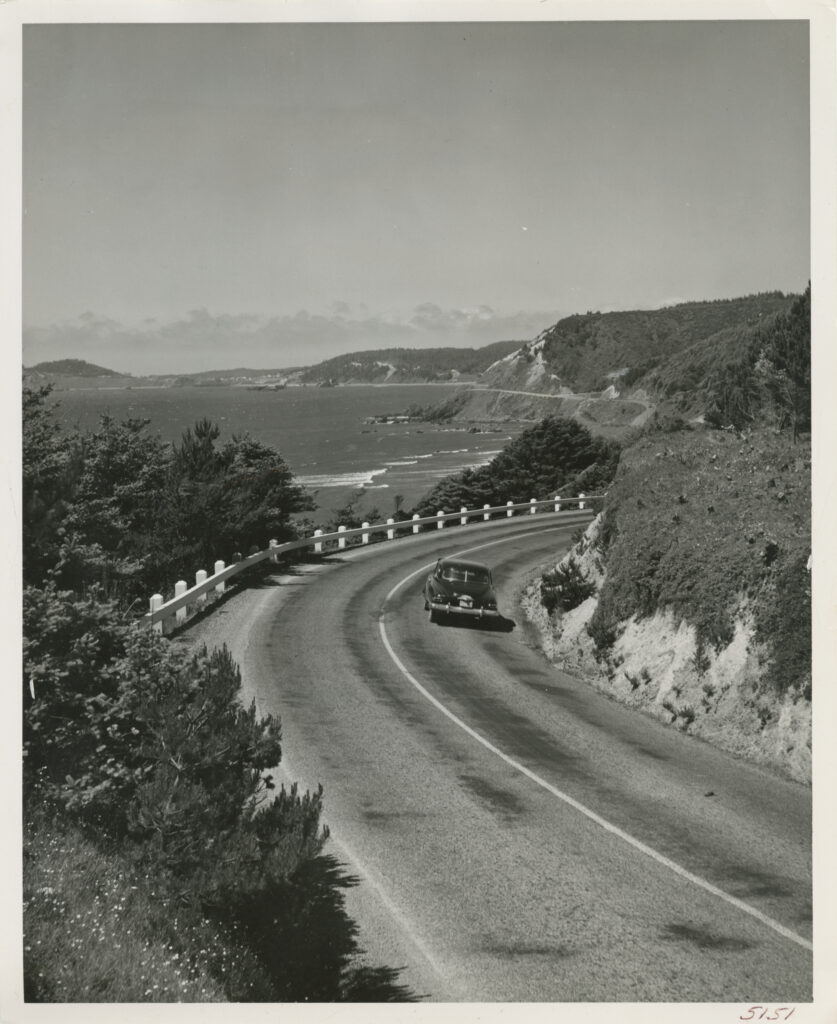 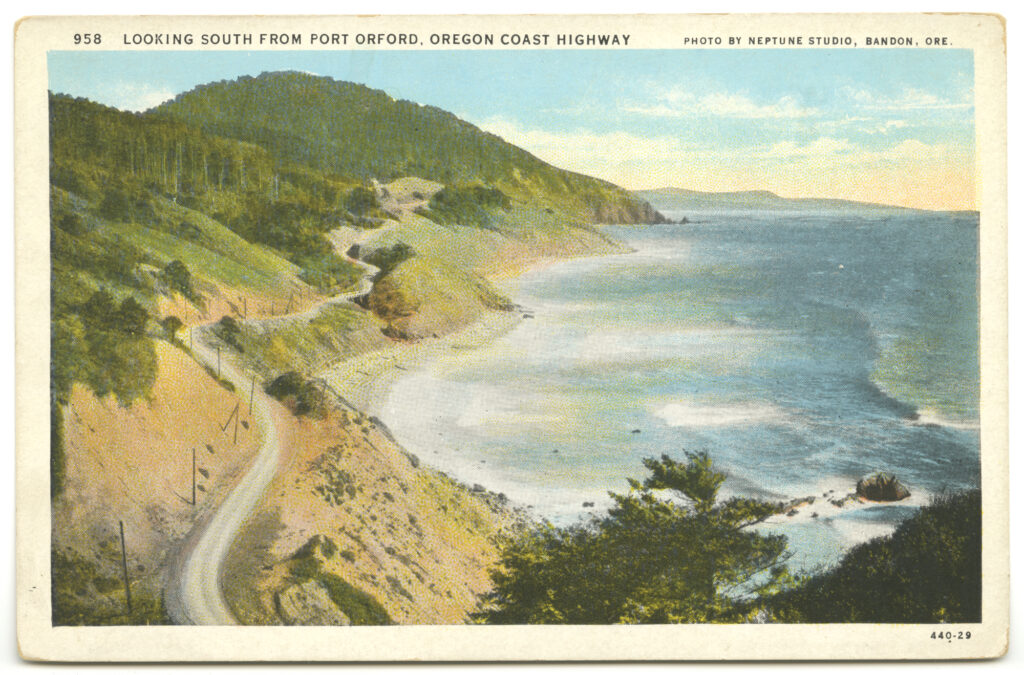 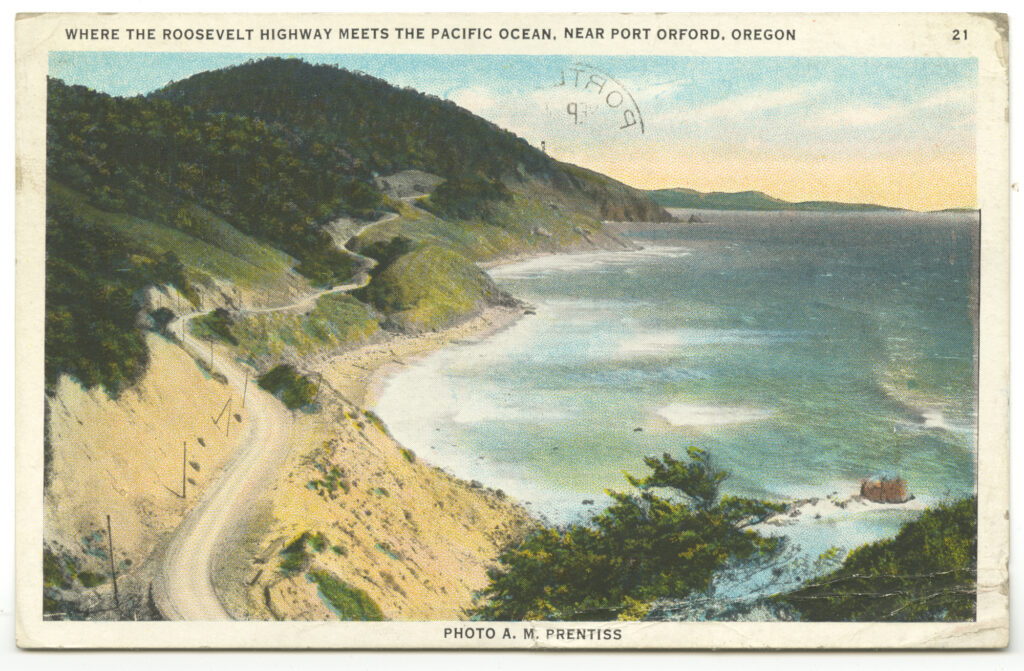