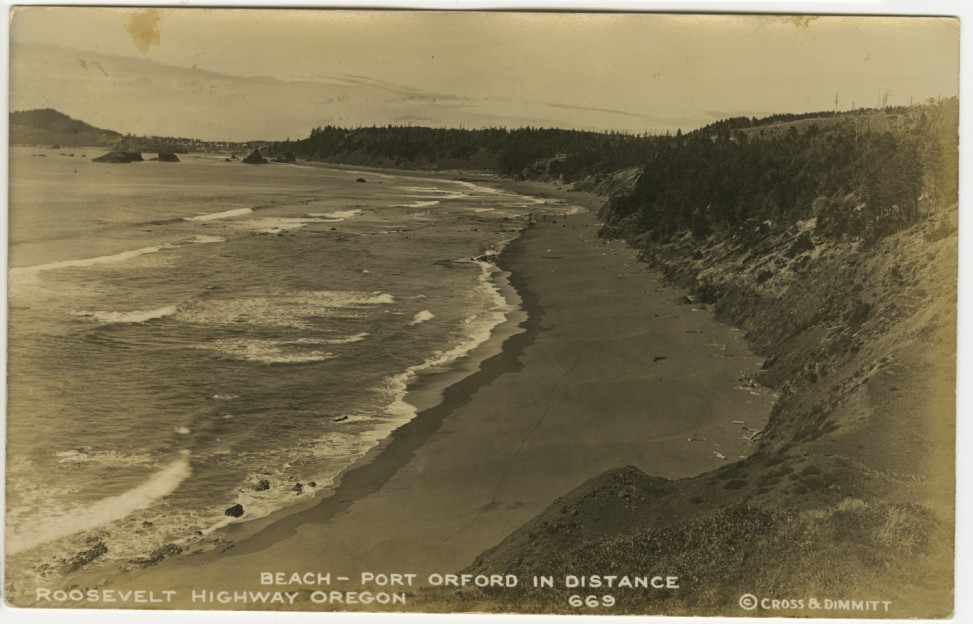 Arthur B. Cross partnered with Edward L. Dimmitt to sell real photo post cards of the Columbia River Gorge, Mt. Hood and Portland. Cross opened his Electric Studio in Portland in 1909. Dimmitt was born in 1881 in Columbia, Missouri. In 1909, Dimmitt was first listed in the Portland City Directory as a waiter. In 1914, he began working for Cross at the Electric Studio. In 1916, they became partners and named their business Cross & Dimmitt.

Cross & Dimmitt sold post cards off the running boards of their Model T at Crown Point. A set of 20 views, which are fairly common today, sold for $1. 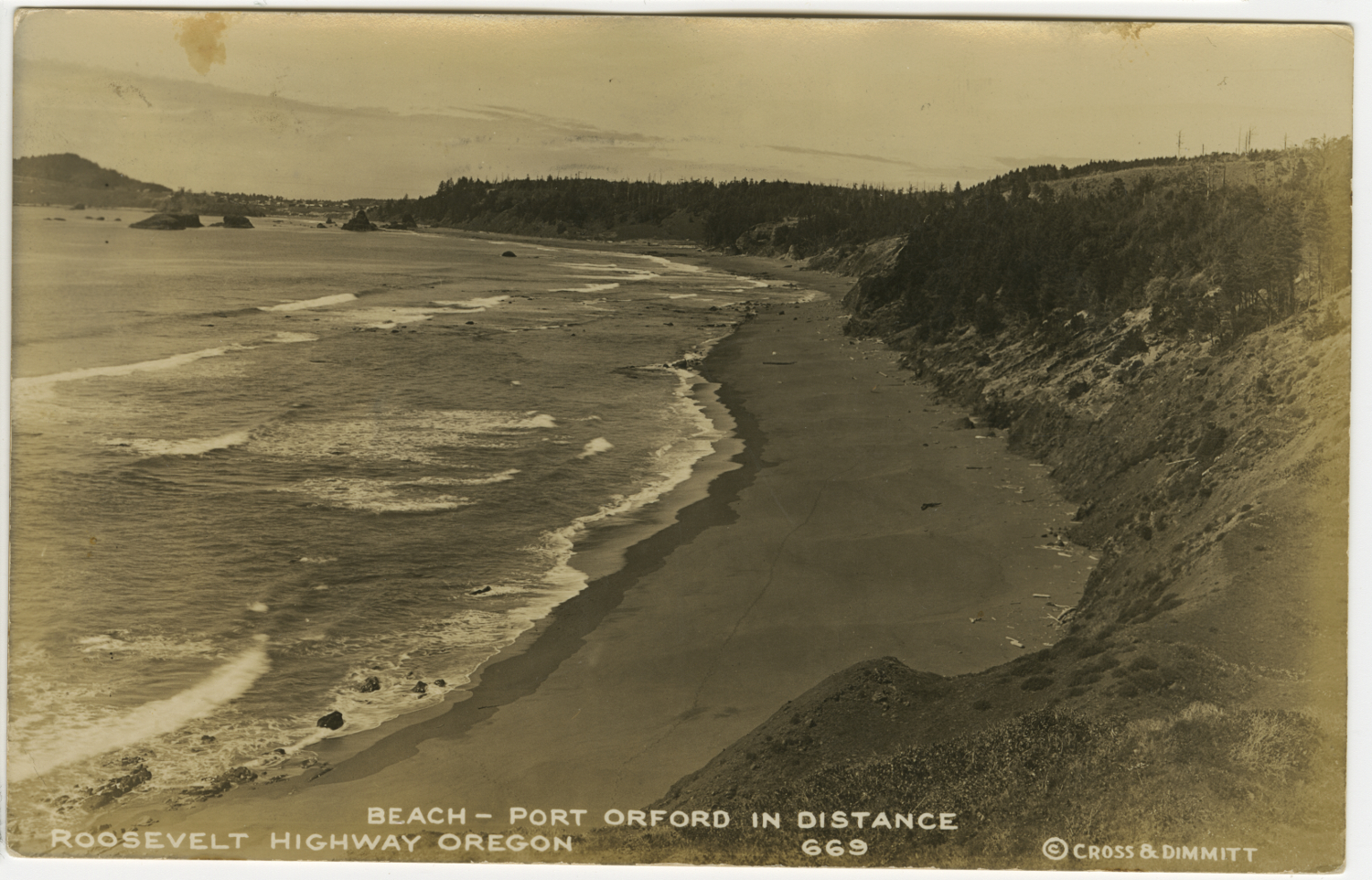 We’re searching for more postcards by Cross & Dimmitt of Port Orford and the surrounding area. In the meantime, check out the Cross & Dimmitt collection at the excellent Columbia River Highway website (unfortunately no longer online 🙁 ) or check out Old Oregon Photos