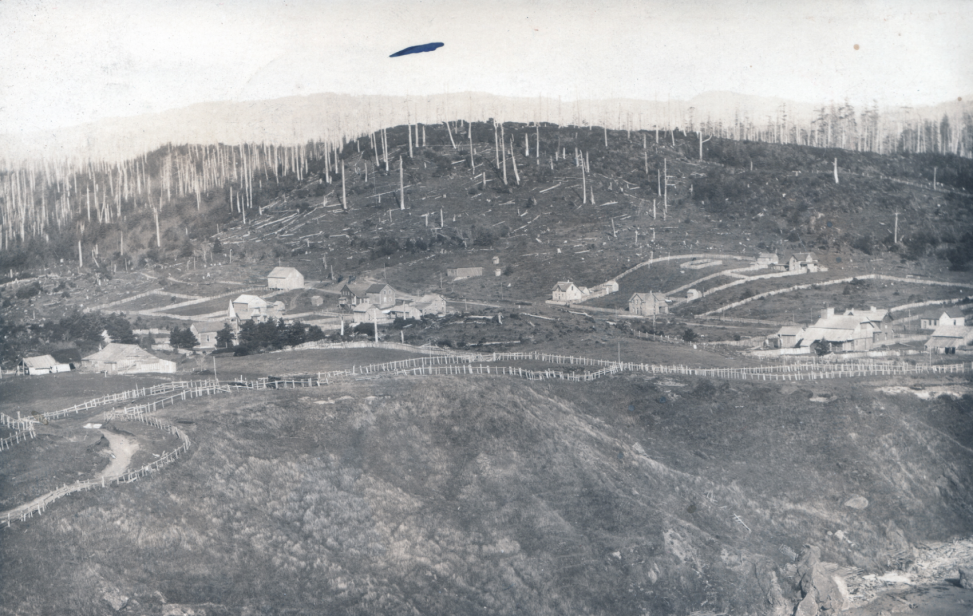 In his 19th-century “Pioneer History of Coos and Curry Counties, Or”, Orvil Dodge noted: “in 1868 the face of the country was changed by a great forest fire which swept over miles, reaching Port Orford, and leaving destruction and desolation in its wake” (Dodge 1898).

This letter on Page 289 written by an Ellensburg resident in October 1868 to Miss Ellen Tichenor at San Francisco, gives a description of the fire:

A forest fire destroyed the town in 1868, leaving only the Tichenor house, the stables of the Knapp Hotel, and one or two other buildings. Determined people stayed, others came. Louise Knapp constructed a new hotel in the early 1880s. – Source: “Port Orford and North Curry County” by Shirley Nelson.

The Knapp Hotel did not survived the devastating forest fire of 1868, which burned or badly damaged most of the cedar near Port Orford and almost leveled the village. (It did burn to the ground the civilian fort Tichenor had built in 1851,) Once again the community looked out the window, saw the specter of a ghost town, and turned to starting a new life. – Source: “Tracking Down Oregon” by Ralph Friedman 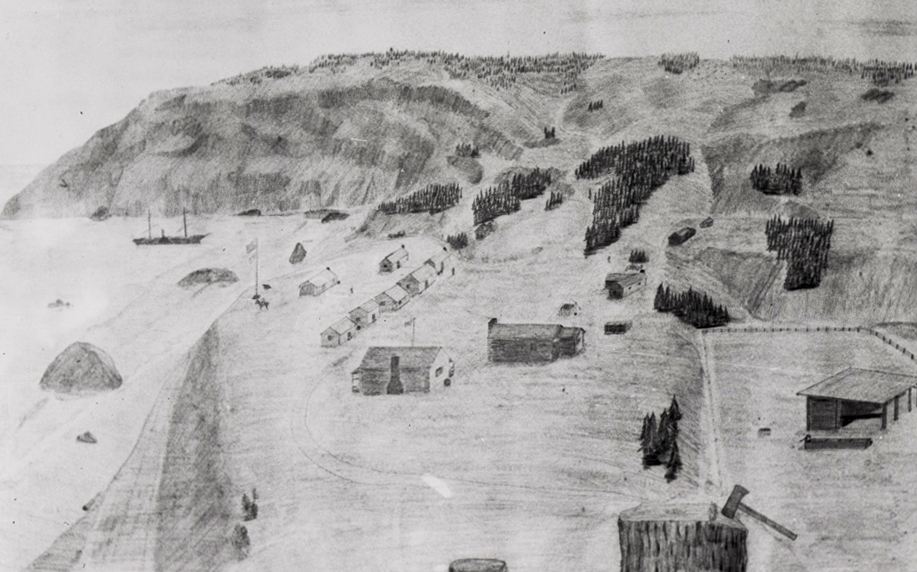 … with the mines on the South Coast exhausted, there was no return of the prosperity of the 1850’s. In 1868, a fire destroyed Port Orford leaving only two homes and a barn standing. The town rebuilt, relying on sawmills, sheep ranches, and farms for income. Hubert Howe Bancroft wrote about the town’s isolated location, “Port Orford is a little hamlet on the wrong side of the mountain with no reason on earth for being there.” — Source: Historic Preservation Northwest 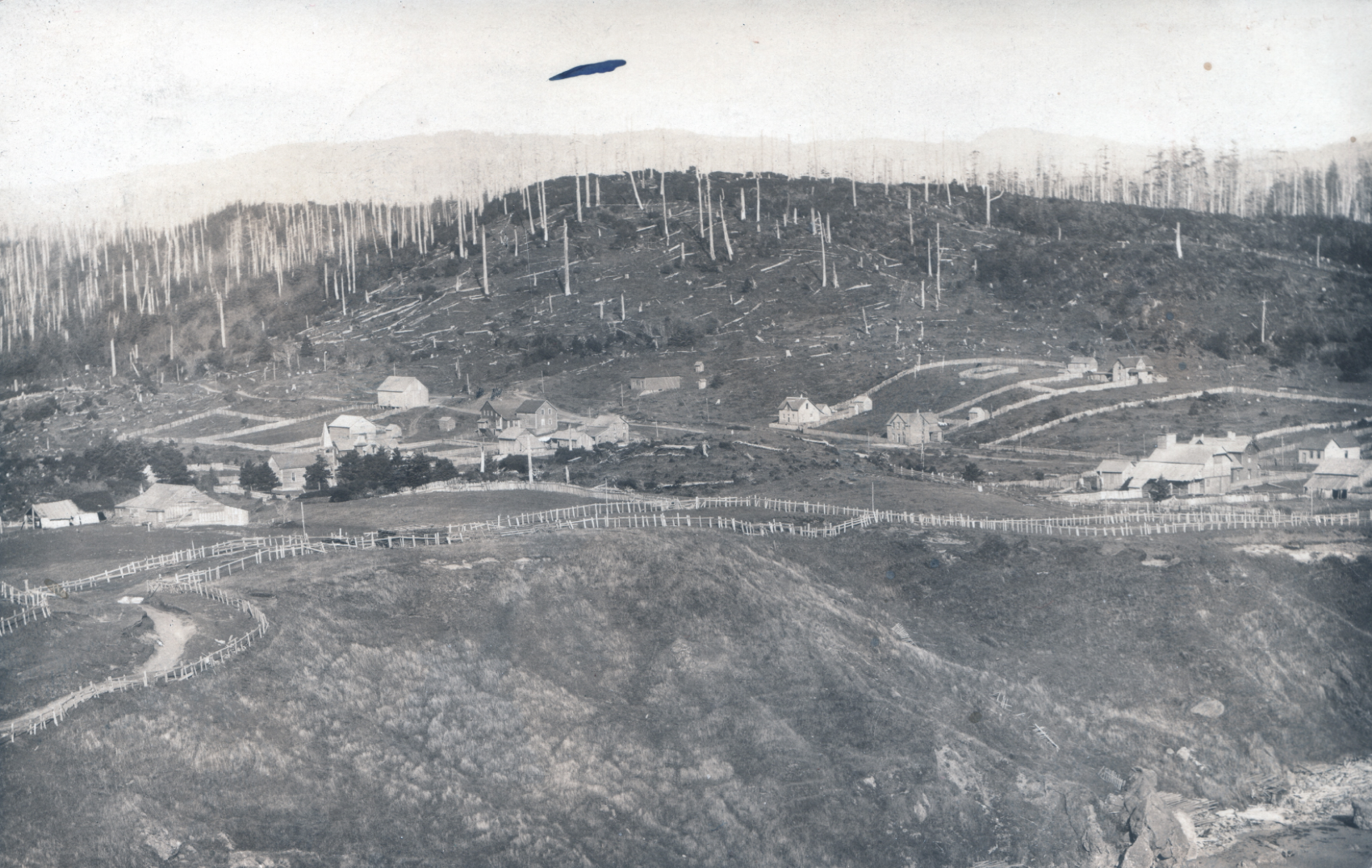