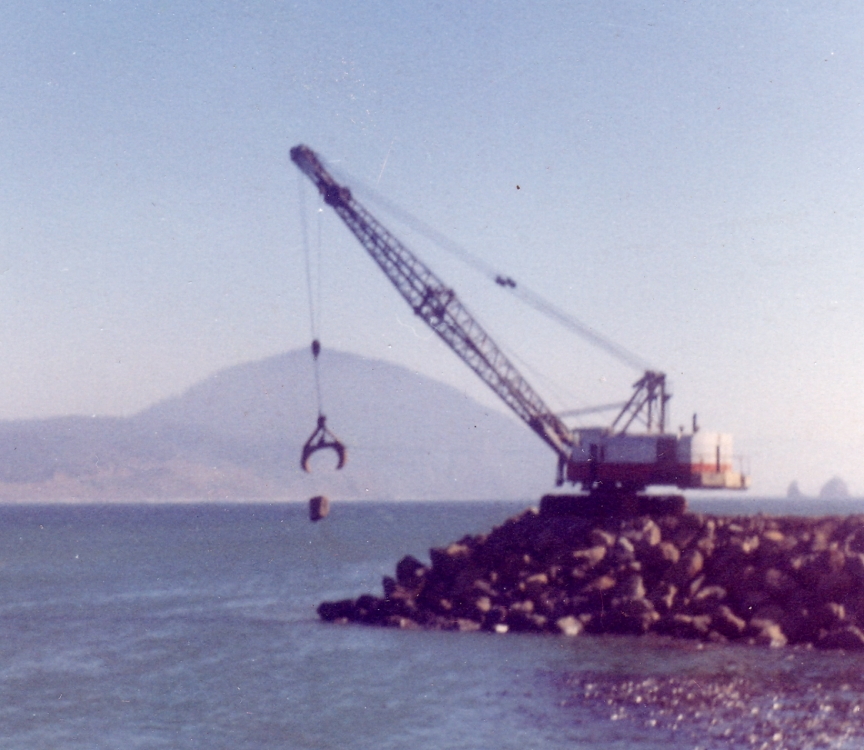 These photos were taken by Alan Mitchell during the construction by the U.S. Army Corps of Engineers (USACE) in 1968:

As early as 1873, the USACE began developing plans to construct and build a breakwater at Port Orford to protect it from waves. By 1935, a breakwater was built by “local interests” to protect a pier, but it was not completely effective.  The USACE then built a 550 foot extension of the breakwater in 1968, but that extension caused the port to infill with sand. (More at Bandon Western World, 2012)

Prior to the Corps’ construction of the breakwater in 1968, the Port was a deep-water port accommodating up to 400-foot lumber carriers. One year after the breakwater was built, the harbor became shoaled, necessitating emergency congressional authorization for the first dredging of the harbor. (Defazio, 2018)