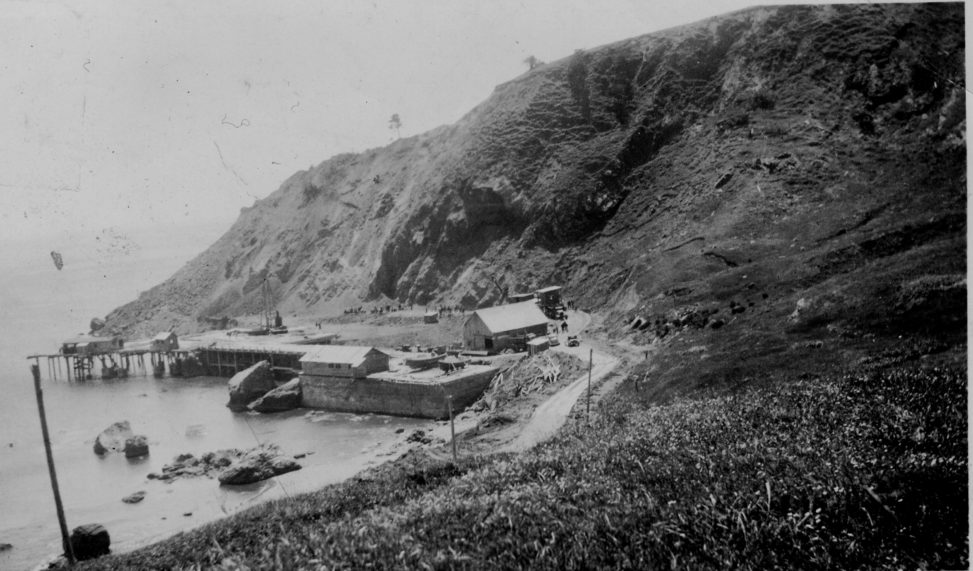 Just three months after Gable (now mayor of Port Orford) dedicated the harbor in a splendid ceremony before dignitaries from all over the state, the massive new Trans-Pacific and Port Orford Dock and Terminal Line breakwater collapsed in a huge storm. A temporary pier was soon built, but it didn’t afford the kind of protection the harbor would need, and Gable’s backers weren’t willing to invest in a railroad line to service a harbor that might not be capable of functioning as more than a temporary port of refuge.

See Gilbert Gable’s proposal for the dock and jetty (c1935).