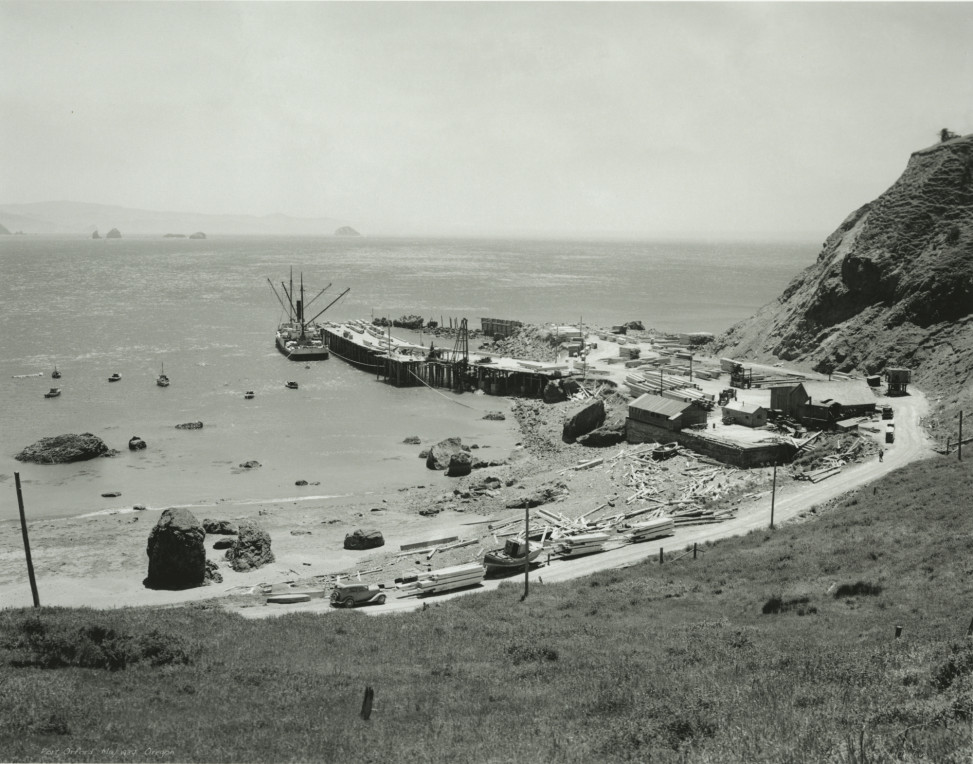 The Port of Port Orford harbor that has been in use since the 1850s, and was primarily used for shipping lumber. The first Port District was formed in 1911 and dock construction began in 1919. A breakwater was built in 1971 in an attempt to protect the dock from winter storms. Shoaling became a problem shortly after and dredging became necessary. Although no longer a deep harbor, Port Orford is still home to many commercial fisherman and is used as a harbor of refuge by many during severe storms. 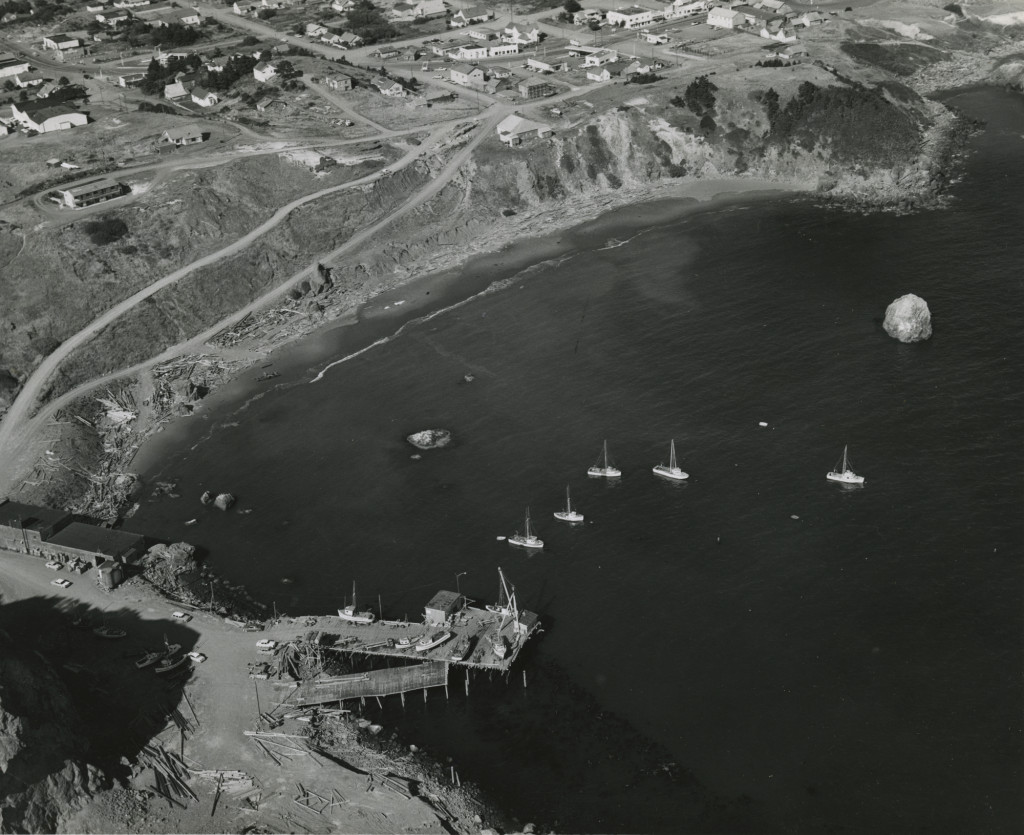 ABOVE: The Port Orford Dock as it appeared from the air in September 1960. The breakwater which Port Orford port commissioners wanted the government to rebuild is just out of sight, at bottom of the picture. At a hearing, the port asked for funds for reconstruction of breakwater. They planned to extend the dock about 200 feet outward (to right) earlier in that year as means of getting back into the lumber-shipping business. (Photographer: Ackroyd Photography) 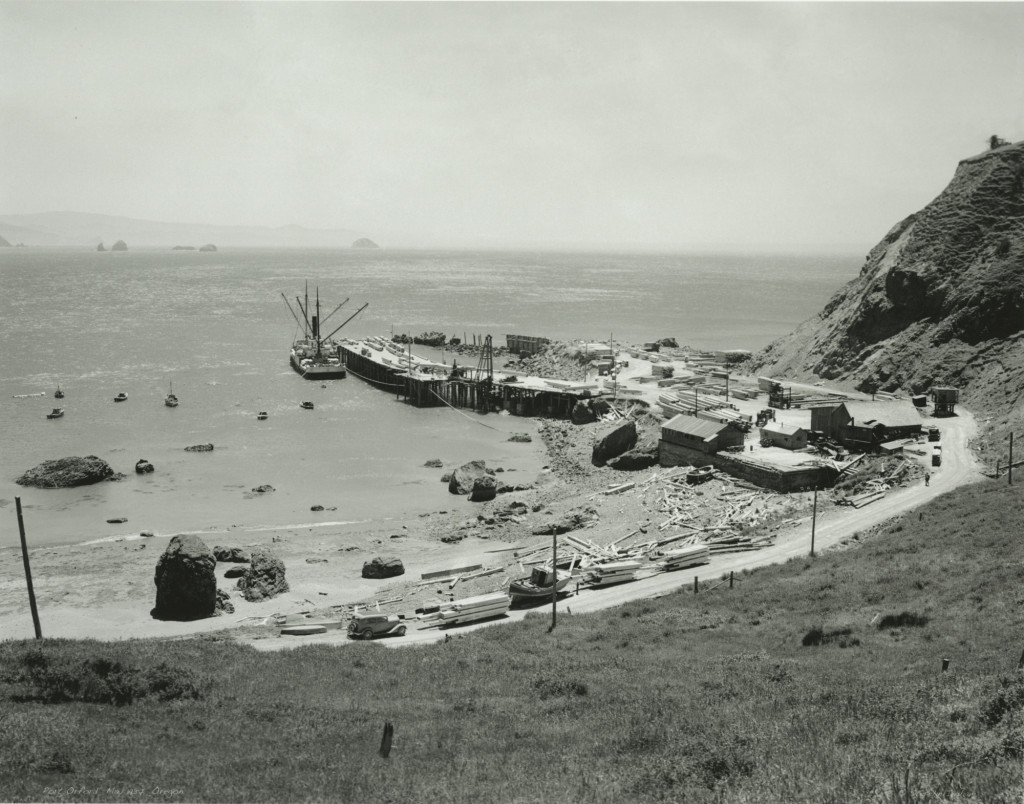 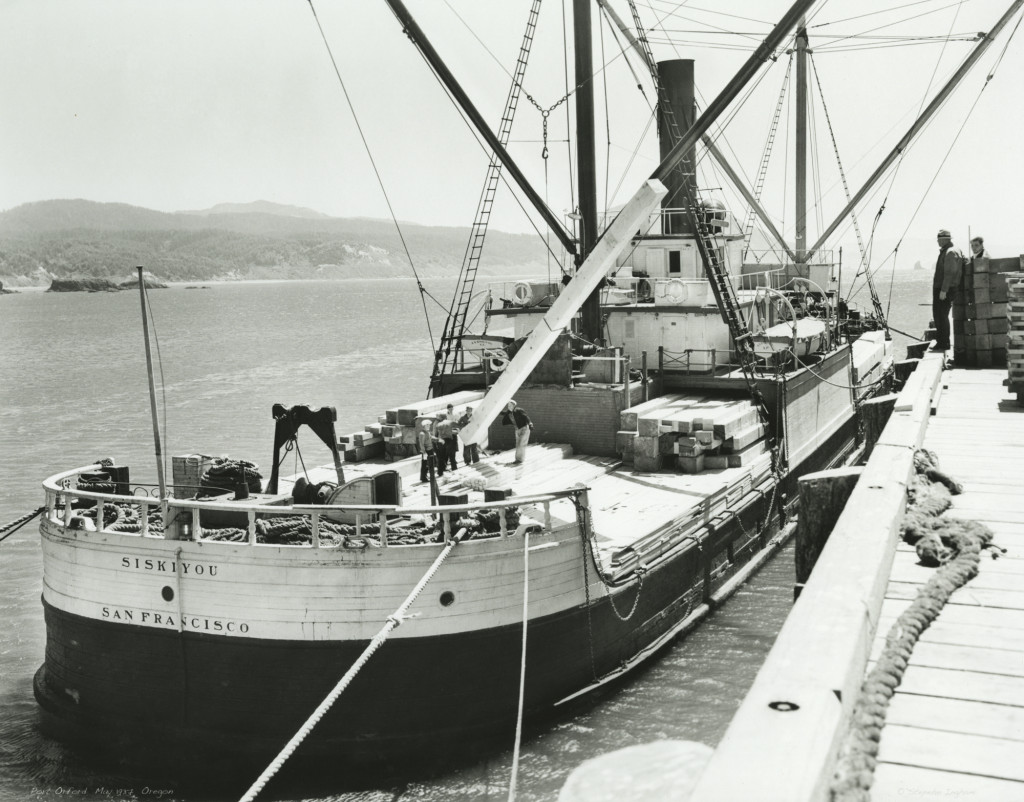 Many more images of the Port of Port Orford can be found in our Maritime collection.