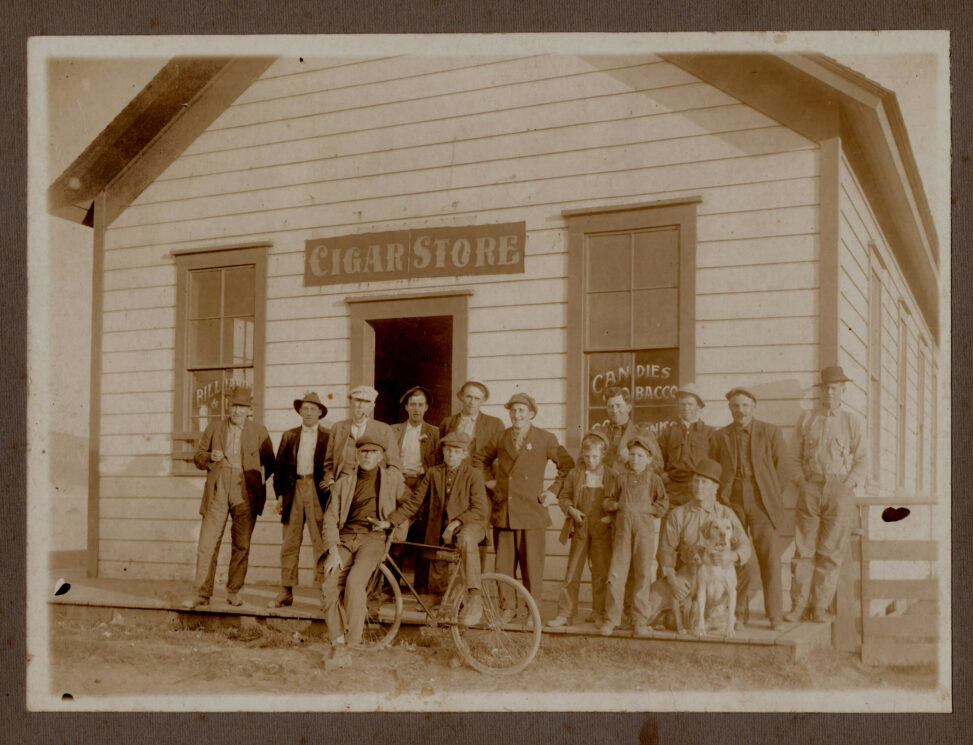 A few years after the Port Orford fire of 1868, a blaze which destroyed nearly the entire town, Louis Knapp Sr. built the Centennial Building. He constructed it in 1876, the year of America’s centennial.
Frank Smith, a German emigrant, in partnership with William Winsor, opened a tavern called the Centennial Saloon. The Saloon prospered for nearly 20 years. In 1911, Charles Long rented the quarters for his mercantile business. For 8 years, Long successfully engaged in trade at this location. In 1919, he moved back to a storefront his mother, Mary Nielsen, owned.
The Smith Brothers, no relation to Frank, opened a restaurant and confectionary called The Kozy. Robert and Crawford Smith later sold to George Mayea.

A big change came to the Centennial in 1928 when Lonnie Pugh remodeled and opened a Pharmacy. Newly arrived, Pugh was a dentist and his wife Mary a pharmacists. Pugh enlarged the windows on the east side, to better take in the view. For the dentist office, they did an addition on the westside of the building, later to become Katies Cafe.
After 1940’s, the Centennial housed cafe’s, rock shops, sport shops and a variety of confectionaries and tourist related shops.
Artist Rick Cook remembers: “The Centennial building stands where the Hawthorne Gallery has their sculpture garden today. It was 100 years old when it was torn down by local business man, Bob Sutton. It was in poor shape but had a lot of wonderful character and was popular with locals, a favorite meeting spot vibrating with historical spirit. Many of Port Orford’s finest had something to do with that building.”