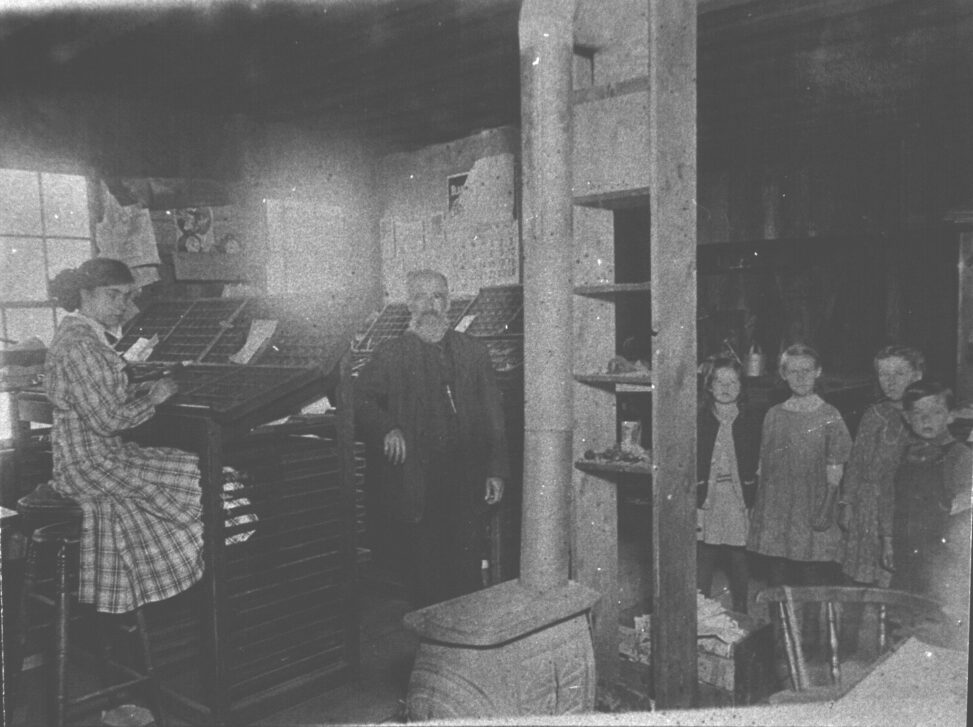 Though he did not start the first paper, the first half century of Curry county journalism revolves pretty much around Walter Sutton, real Oregon pioneer, who crossed the plains in 1854, and many years later purchased the Port Orford Post from J. H. Upton & Son, who had established it in 1880.

More backstory from the excellent resource History of Oregon Newspapers: “After 12 years Mr. Sutton sold the paper to Walter Riley, who retired after a year, when Mr. Sutton resumed possession. He published the paper for two more years, then selling to Frank A. Stewart & Son (Hardy T. Stewart, editor), who changed the publication from Tuesday to Wednesday and carried on the paper for 16 years. The Stewarts sold back to Sutton and his son George. They in turn sold to F. W. Fulton, who after two years sold to a rival paper, the Curry County Reporter, and publication of the Tribune was suspended. “

The last known issue of the Port Orford Tribune as recorded by the Library of Congress was Vol. 34, no. 11 (July 22, 1925), which was followed in short order by The Port Orford News.

The Port Orford News, fruit of one of the latest efforts to maintain a newspaper in the town, was established by George W. Soranson in 1926. As secretary of the chamber of commerce and publisher of the News he is credited with having done much to promote the development of Port Orford. He helped to get a coast guard station established, was largely responsible for clearing the coast highway of billboards between Bandon and the state line. He also assisted in having set apart a state park commanding a view of Battle Rock, a historic spot, at Port Orford. On his death, aged 56, March 10, 1933, it was proposed to honor his memory with a roadside marker in recognition of his life interest in preserving the natural beauties of Oregon highways.

This article primarily focuses on the Pioneers of Publishing in Port Orford. Here is a list of all known publications printed in North Curry County as documented with the OCLC:

The Port Orford News is over 100 years today and is owned and operated by Matt Hall.

In other newspaper news, Port Orford Historical Photos is currently working to restore back issues of The Port Orford Today, another periodical of historical value to Port Orford. It was published by Evan and Valerie Kramer from 1990-2012. We are also fortunate to have two papers in town with the continued efforts of Theresia Hewitt at The Port Orford Beacon.